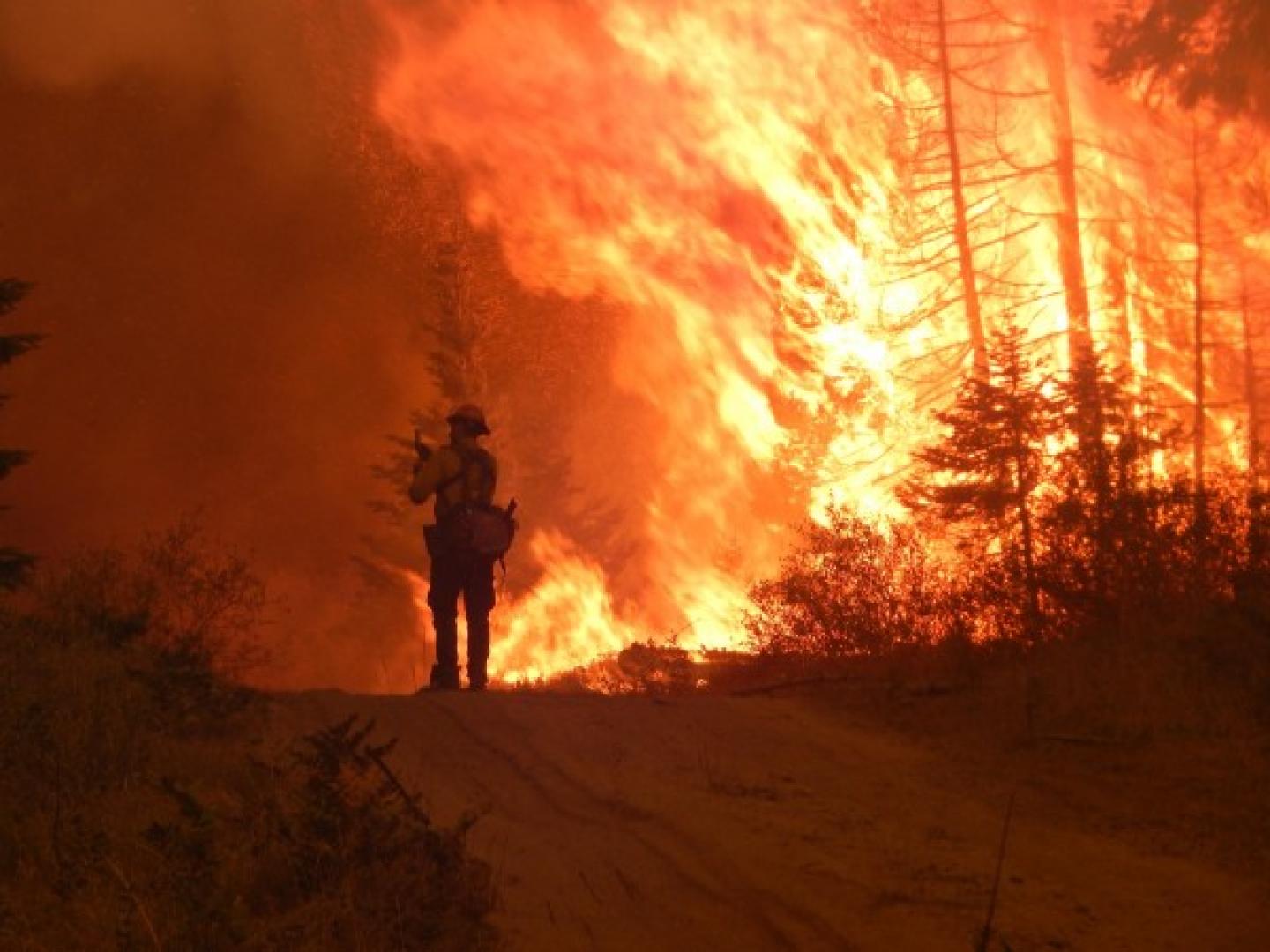 Between Hurricane Sally roaring ashore in Alabama and along the Florida Panhandle and threatening historic flooding in the region, and wildfires out West blazing millions of acres in California, Oregon and Washington, it has been a tough year for our fellow Americans on the natural disaster front. And not to minimize the human toll at all, but one has to wonder, how does wildlife survive such natural disasters when they lack the obvious resources man has to flee, barricade and, in some cases, even battle the elements.

The late Duff Holbrook, an avid hunter and wildlife biologist for the U.S. Forest Service who was instrumental in the introduction of wild turkey populations in South Carolina in the 1950s, once recounted the scene in the Francis Marion National Forest following Hurricane Hugo in 1989. Making his way into the forest following the disaster, he recounted seeing dead deer lying among the fallen trees and floating in roadside ditches, as well as spotting one wild turkey hen, walking around without hardly any feathers left on her body. It was beyond him how she had survived it all. (On a separate note, Holbrook was the first person to successfully use a rocket net to trap wild turkeys and move them to another area of suitable habitat. His efforts and this practice is what allowed wild turkeys to be restored to many of the places they are seen today. Thanks in part of Holbrook’s pioneering efforts, there are huntable populations of wild turkeys in all of the lower 48 states.)

Hugo, at the time, was one of the worst hurricanes on record to strike mainland USA. Since that time there have many others; many that proved to be much worse. Andrew, Irma, Charley, Florence, Sandy, Michael, Katrina and others have all reshaped communities, land and lives over the past 30 years. And while much is written on the topic of how communities deal with such catastrophe, what happens to the animals.

Links to several articles that shed an interesting light on this question are noted below:

It’s hard to take an hours long drive through many parts of the West and not see the effects of wildfires on the land. And while this process is a natural one, where human lives and properties come into play, nobody wants to see this process go unchecked. There is plenty of debate about the effects of climate change, land management practices and developing natural habitats that come into play and make the solution to wildfires a complex subject, but regardless of the discussion, it’s a fact, this may be a year for the record books. The National Interagency Fire Center reports 79 major active fires currently being fought across 10 states right now and accounting for more than 4.3 million scorched acres.

There is no upside to these fires for human populations, and while devastating to the habitat required by many species, it can actually be beneficial to other plants and animals and after the fires have died out, regenerate new growth that is vital for other species to survive. To look beyond the politics of wildfire and climate change, check out this interesting article, Wildfire! Toward Understanding Its Effects on Wildlife–From the Wildlife Professional, on The Wildlife Society website.

Other views to the impacts these fires are having on wildlife and natural areas can be found in the below headlines:

iSportsman is currently developing a Wildlands Management Tool that will help forest and natural resource managers track, schedule and monitor the progress of wildland projects such as forest thinning, prescribed burning, pesticide and herbicide application and more. While it will not be a tool helpful in fighting these devastating fires, it will be useful in tracking the work necessary to mitigate the fuel load that feeds such fires and to potentially track the damage of such fires in order to better manage rehabilitative strategies. Stay tuned as we post developments on this important project in the future.