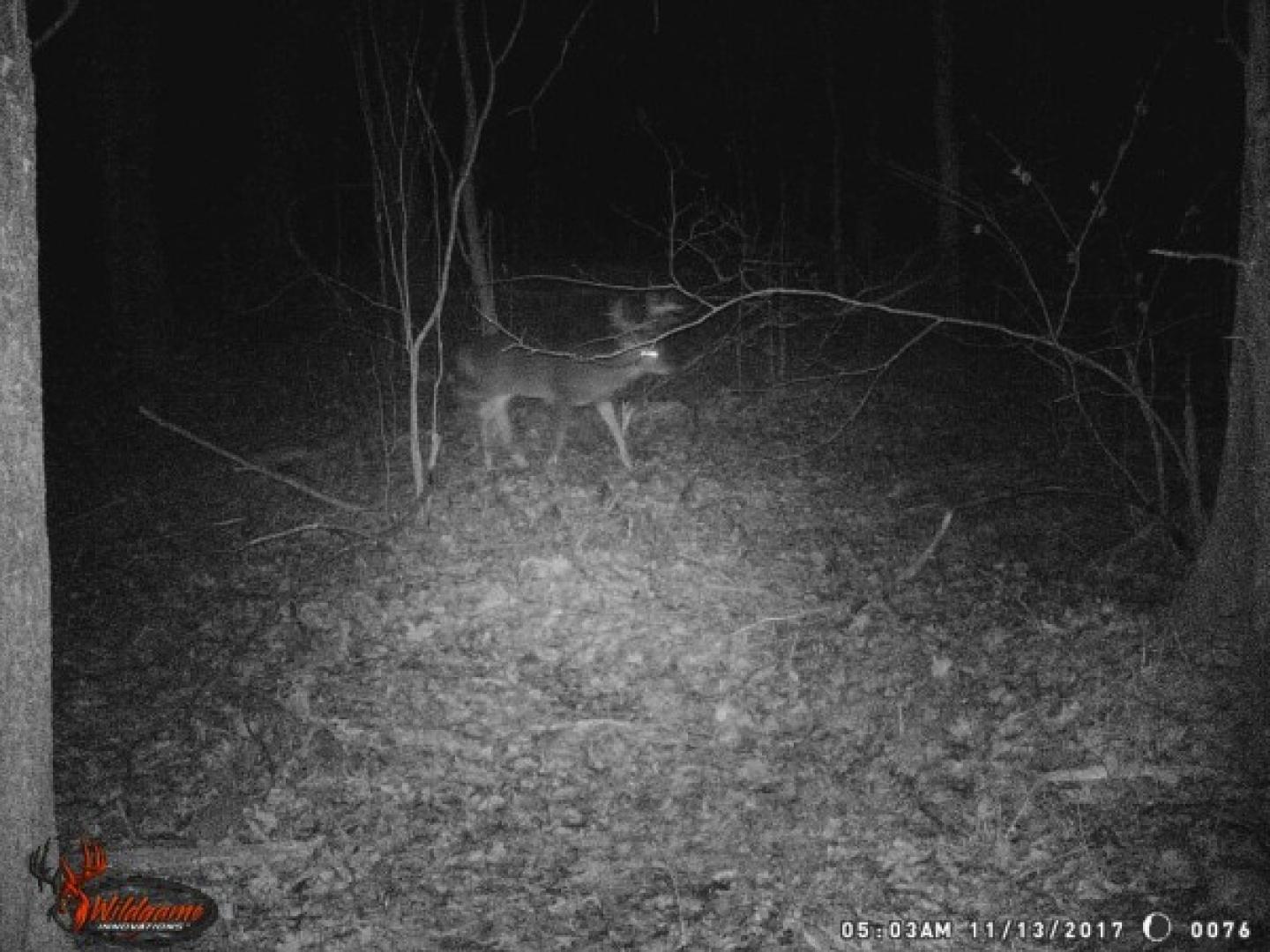 Massachusetts hunter Patrick Burns became heavily invested in a plot of public land after hunting the piece back in September 2016. Stumbling upon what appeared to be a set of 14-point nontypical sheds, Burns soon found himself setting up cameras around the area to see if he could catch any sign of the monster that dropped them.

It wouldn’t be until nearly a year later that he would get his first glimpse of the big buck on one of his trail cameras. Despite the picture coming out blurry, Burns knew this was the deer he had been searching for. The mid-movement-picture made it look like the whitetail had electricity radiating from his antlers, inspiring the name, ‘The Electric Buck’.

Following his patterns and growth through smarter camera placements and broader searches, Burns was able to track the buck’s movements through 2019 into 2021. Unfortunately, other hunters had a similar idea. The area saw a large influx of hunters when one interested participant posted a picture of the Electric Buck on social media, sparking even more foot traffic than a public plot of land already sees.

“I was obsessed. Addicted. Infatuated with this buck for years,” Burns told Deer & Deer Hunting.

Nov. 4 rolled around and Burns knew this was his opportunity to take down the Electric Buck. His stand was right in the deer’s bedroom and with the wind and weather working in his favor, he knew it was as good of a chance as he would get. The hunter staked out the area no doubt hoping no other people would show up and before long, he spotted the buck. The deer was 100 yards out, walking up a nearby ridge and away from the perched hunter. Burns grunted. The buck paused, looked around and then turned and started walking toward the stand.

Aiming through a clearing in the trees, Burns managed a clean shot with the buck approaching him straight on. The beast only managed to travel 20 yards before collapsing. While the buck is yet to be officially scored, a pair of sheds Burns managed to find from the previous season scored in the mid 180s, a heck of a buck anywhere, much less public ground in a crowded state like Massachusetts.