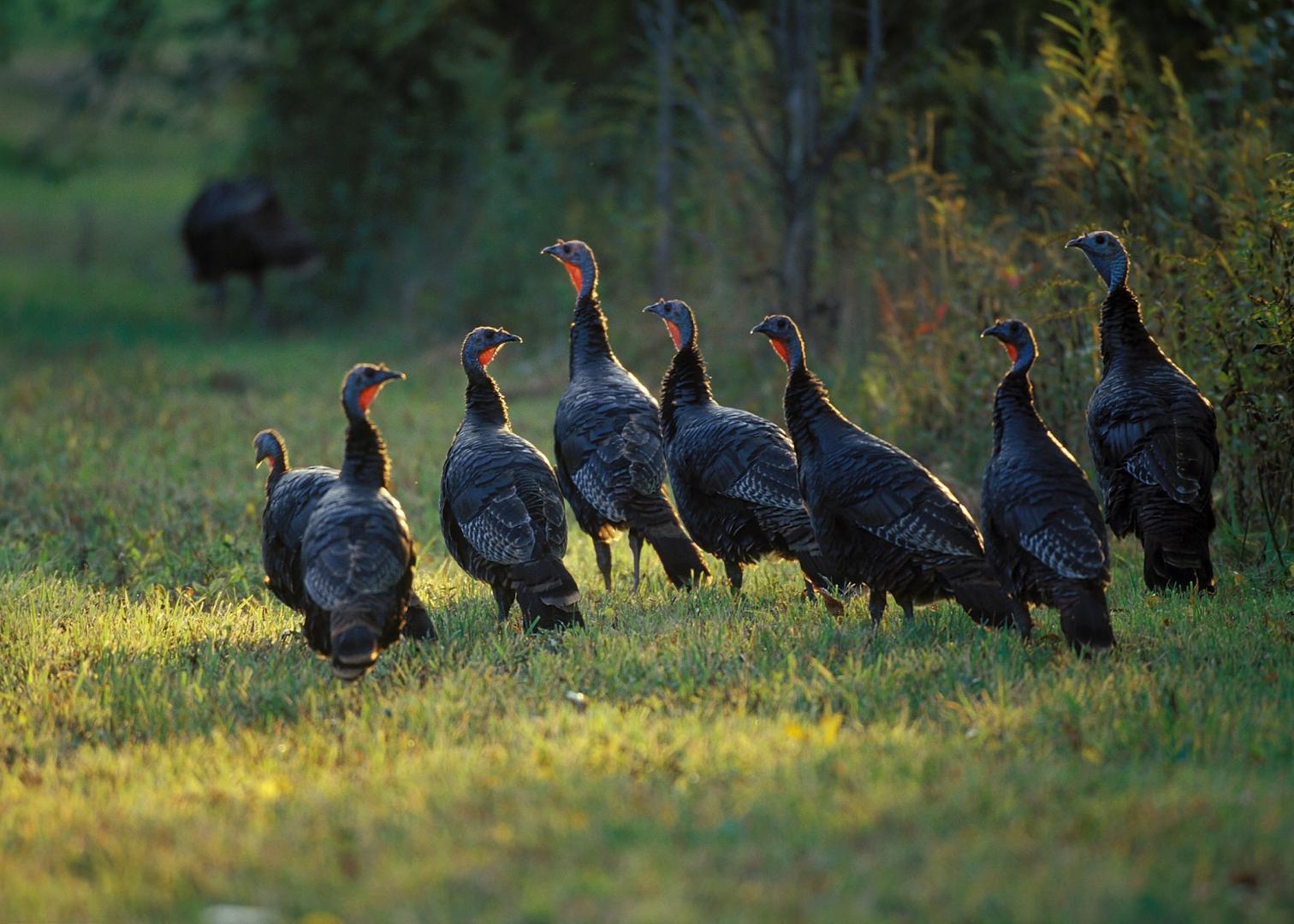 Tips for the tail end of turkey season

It happens every year. We hear tales of the new guy who stumbles into the woods for the first time, scratches out a few calls and nails a big  gobbler before the sun clears the horizon. But what you don’t hear are stories about the film crew and hunting pro who spend a full week in prime turkey country but fail to fill a tag or footage. We also don’t hear about the well-seasoned hunter who ends the season empty handed. For every beginner’s success there are dozens of other hard-luck stories in which hunters spend day after day in the woods without connecting. No doubt wild turkeys can humble anyone. I was reminded of this just last week. I was honored to accompany a friend on his first ever turkey hunt. I was confident we would encounter birds and thought more than likely he would take his first. As expected we did encounter birds. Unfortunately they all seemed uninterested in our decoys and my calling. Hunting for the first time on his own, Kole Kirkman succeeded in taking a great Indiana gobbler. The bird carried a 10-inch long beard.

One negative aspect of the exploding popularity of spring gobbler hunting is a majority of birds are pressured and called to constantly. Some maybe even several times a day. The gullible ones quickly end up in the freezer. Others seem to know every call made by man. Even worse are those that gobble once or twice then disappear. This is the time to switch locations and try to find another bird that may be more receptive. Don’t get stuck in what I refer to as a calling rut. When you learn to use one or two calls well, its human nature to stay with them. With so many great sounding and easy to use calls on the market there is no reason to rely on one or two. Some turkeys respond better to different calls. The weather, stage of breeding cycle and competition from other toms can all influence what works best on a particular day. Learn to use at least three calls with contrasting sounds.

This also helps resident birds from learning your routine and becoming “call shy.” Sometimes birds may not talk much. In some cases you can fill your tag by doing the same thing. If they are rejecting traditional louder type calling then go silent. Occasionally try a few soft purrs and clucks but for the majority of the time stay silent. This can be a deadly tactic when birds are tight beaked. It was nearly daylight several years back when my son-in-law and I tried to get close to a gobbling tom. We both guessed the bird to be about a hundred yards away and thought we could slip in closer. As we picked out a location to settle in, the “whoosh” of huge flapping wings made both of us cringe. We bumped the tom and as he left the area so did our hopes of taking him.

This is one of the most common mistakes. Gobblers always sound farther away than they actually are. There are several reasons for this. It could be facing away from you. There could be a rise in the terrain or dense foliage absorbing sound. Or in my case, maybe your hearing isn’t what it used to be. Each situation is different and erring on the side of caution is always best. Get too close and spook the bird and your hunt is over. People can say what they want about too much technology infiltrating traditional hunting. But there is nothing morally superior about misjudging distance and sending a crippled bird back into the brush. Use a range finder or mark off distances so you know exactly how far the bird is before fingering the trigger. You hear stories about people taking birds out to 60 or 70 yards but savvy hunters limit the distance to about 40 yards. When the moment of truth comes make your shot count.

After all the early mornings, lost sleep and time spent scouting, the last thing you want is to pull the trigger only to watch the bird sail off into the distance. The right load, a full choke, aiming point and shot size are critical when hunting turkeys. But there are other things to keep in mind. Never shoot a bird through a screen of brush, saplings or branches. This will distort the pattern often times resulting in a miss. Hold off shooting a bird in full strut. One cluck is all it takes for him to stick his head up offering a perfect target. I always believe there are vulnerable toms out there on certain days and in certain areas. The more time you spend in the woods the better your chances of being at the right place, at the right time with the right bird. Most important is never forget a great turkey hunt means hearing birds, calling to them, getting a response and perhaps even seeing them. Sometimes you’ll even put it all together and collect a big gobbler. But always remember it’s the close encounters, no matter the outcome, that you’ll come to cherish over the years.