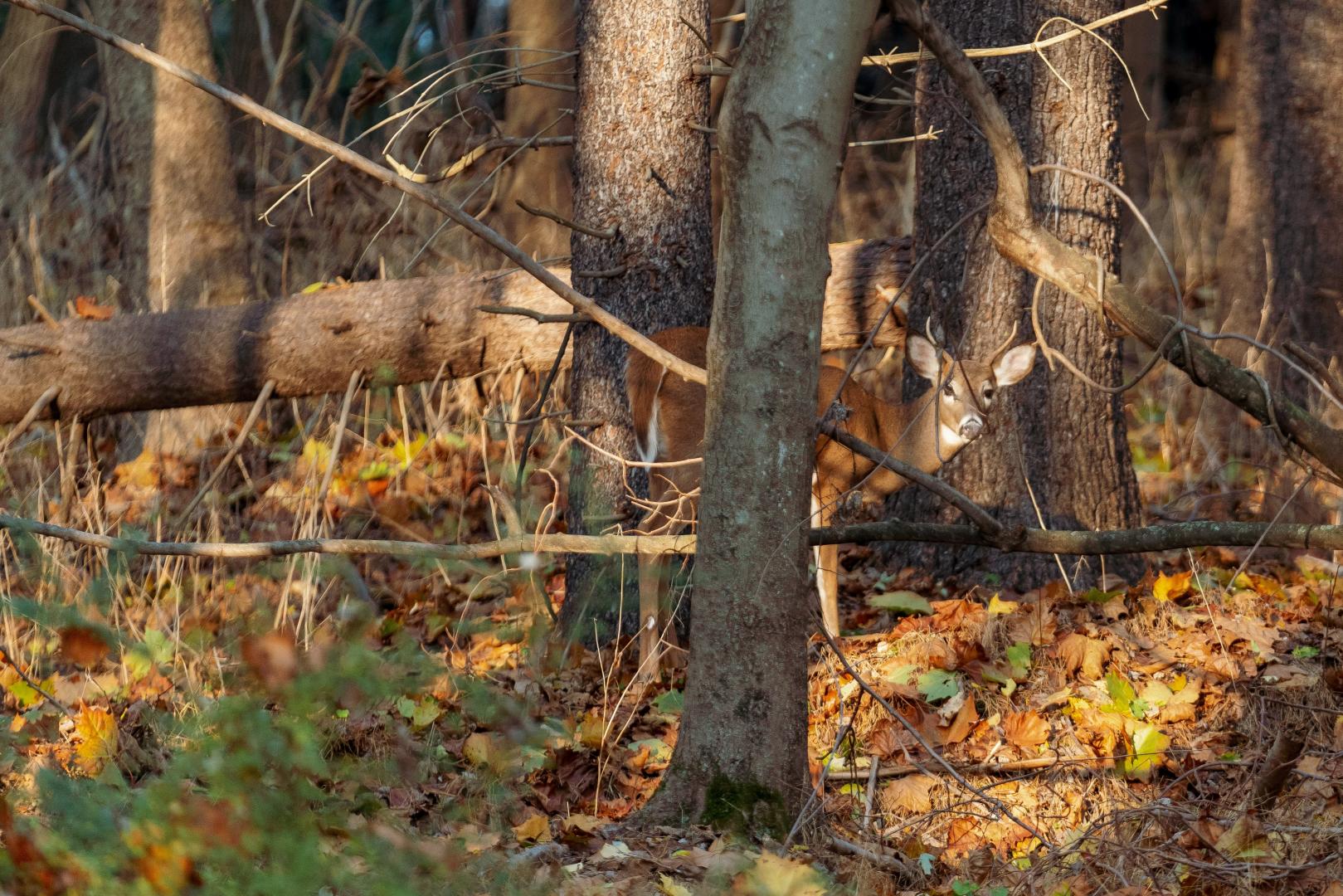 The Suburban Hunter’s Guide to Etiquette

The first time I hunted in central Massachusetts, I was shocked at the proximity of houses interwoven in the woodlots we were hunting. One minute I was walking down a logging path that seemed to be as remote as anything you’d find in the Adirondacks, the next I was treading by a dude mowing his lawn with his kid swinging a few feet away. Mind you this was simply traveling into the spot where I was actually going to hunt, I wasn’t eyeballing the guy’s yard from my stand, but it still served as a bold reminder that not too far through the woods, there were folks in their homes and yards who may or may not get hunting. Safety, and respect for other’s concerns, are paramount in such an environment.

States like Virginia, in recognizing the need to cull deer numbers in populated areas offer longer “urban zone” hunting seasons for deer hunters, typically with stick and string. But firearm opportunities do exist. Bottom line though, if you are going to look for a place to hunt near where you or others live, you’d better be at the top of your manners and safety game. It only takes one well-connected resident, irked by a hunter’s brazenness, to complain to the right local or state official, or even the neighbor who is allowing the hunting, and hunting opportunities can be taken away.

Hunting guide and taxidermist David Sichik, who has guided hunts in suburban New Jersey most of his adult life, offers these tips for maintaining a smooth hunt now and in the future when hunting suburbia:

· Go bow. Even if firearms are allowed, consider your proximity to homes and the unwanted disturbance a booming gun might cause and consider using a bow. “I generally only bowhunt around houses,” says Sichik. “It creates less of a disturbance and the less people know you are there, the better off you are. It also shows more respect for the surrounding homeowners just because it makes them all feel safer.”

· Safety First. “To start, the most important thing every hunter has to keep in mind at all times is he has to be extra cautious because he is around homes,” Sichik says. It’s critical to know where homes or trails joggers may use are in relation to where he is sitting and then identify the areas or zones immediately around him where it is safe and not safe to shoot. Getting off the ground, in a treestand also helps limit concerns of sending an errant shot flying where it can create damage, as does staying a safe distance from buildings and yards whenever possible or where required by law.

· Keep a low profile. Out of sight, out of mind. Never do anything to call unnecessary attention to yourself as you enter and leave to go hunting. If few people know you are even there, it’s fewer uninformed people you have to worry about trying to put a stop to your legal activities.

· Always follow the landowner’s rules. If hunting on a homeowner’s property, let them know when you will be there and get clear instructions on where you can park and what times are best for you to be there so as to not inconvenience or disturb them—ever.

· More on maintaining a low profile. If you do score, don’t leave gut piles where they will be stumbled upon by nonhunters or found by the homeowner’s dog. Keep animals covered when transporting past homes either on an ATV or in the back of a truck. Other hunters might appreciate your trophy, but the nonhunter may not be so impressed. In fact, it might be enough to turn them against your hunting there as they are less equipped to deal with the actual consequences of life and death in nature. Why take the chance.

· Go alone. Unless a landowner stresses that you can bring a friend, small tract hunts where neighbors can be easily angered is no place to be piling all your buddies in to hunt. If you do bring someone, only bring a friend you trust to be safe, to respect the rules and who won’t try to snooker you out of your spot when you’re out of town one weekend. “It’s easier to maintain positive relationships without worrying about one of your fellow hunters with a different agenda messing things up,” says Sichik.

Much of this mindset will apply when you are talking to friends or family who might have a spot or know someone with a spot you can hunt. Be sure to know what the law is and when approaching a person, dress decent, be polite and don’t become rude if the answer is no. Most people, even hunters, don’t want someone on their land. So be patient and start looking now.

New apps such as iSportsman ARX will list hunt and land opportunities, while you can also use their mapping feature to identify open pockets of timber that might be huntable. Then it’s simply a matter of finding who owns the land and reaching out to them. Most counties and cities have digital property maps that will list some owner information as do some other apps. Don’t forget to check more traditional sources such as Craigslist, the local classifieds in your paper, and even some land leasing websites that can provide leads too.

In the end, it’s going to take time, effort and the ability to present yourself in the best possible light.