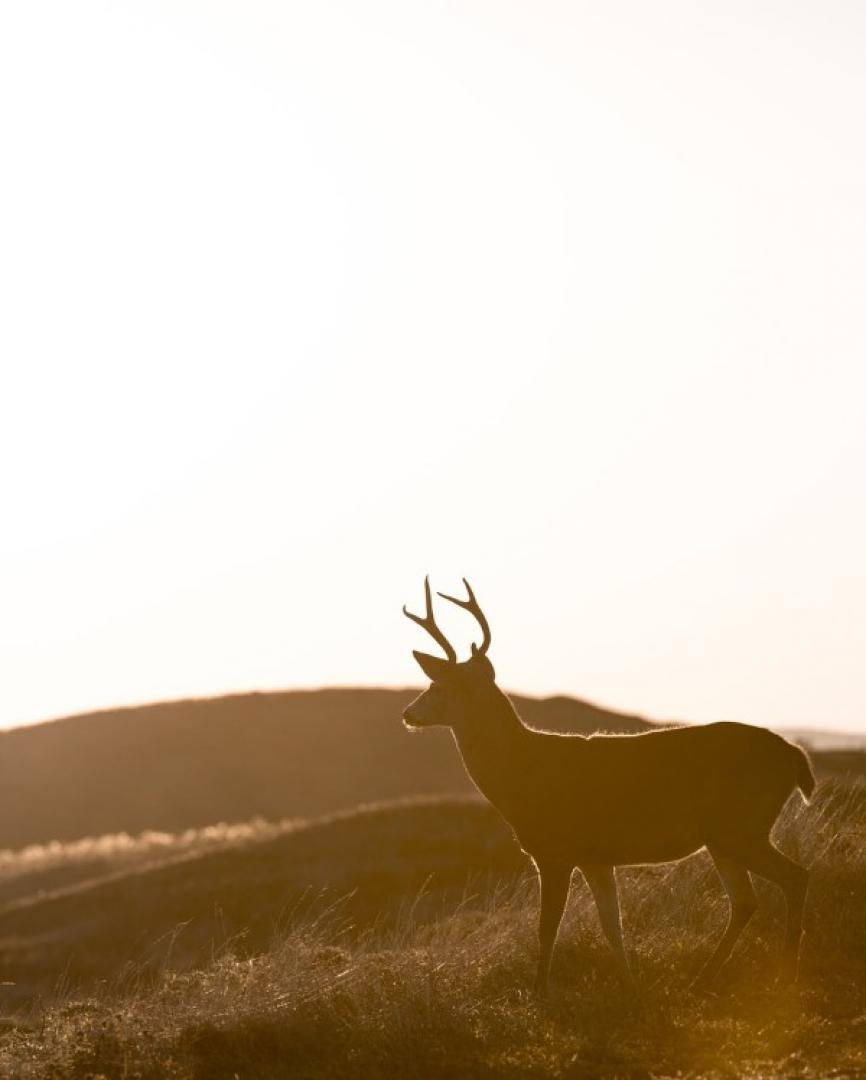 The Maui Nui Venison was built upon the belief of ‘Olelo,’ a Hawaiian word with no English translation that describes the balance between the environment and nature. This is in response to the delicate balance of the Hawaiian archipelago ecosystem. According to Maui Nui’s mission statement, being that Hawaii lacks any large herbivorous mammals, Hawaiian plants are not adapted to ungulate browsing and trampling. So, when invasive feral deer, pigs, goats, sheep and cattle cause widespread destruction, it can result in deep-rooted impacts on the remaining native ecosystem, which consists of critical forested watersheds and more endangered species per square mile than anywhere else on the planet.

Axis deer are non-native to Hawaii. According to Bon Appetit, in 1867 the Jardine Matheson trading company allegedly brought seven Axis deer from India to Moloka’i at King Kamehameha V’s request. In Sept. 1959, the Hawaiian Territorial Legislature released two bucks and three does in Maui’s Pu’u O Kali Forest to encourage recreational hunting. In Hawaii, like elsewhere, a responsibly managed deer population serves as a viable food source for the community. However, in an area that requires careful and precise management such as the archipelago, an out-of-control population can be disastrous.

“To find a balance for any—and maybe even all—life across the landscape is very much in line with the culture I grew up in,” Ku’ulani said. She recalled eating teriyaki deer weekly for dinner, harvested by her father.

“It is a culture that was formed on these small, completely isolated islands in the middle of the vast Pacific. Balance is everything, and conservation and culture, for me, are inexplicably linked,” she said.

The Axis deer’s impact on Hawaiian conservation is multi-faceted. Bon Appetit reported that because an average deer can eat a football field-sized area of flora in two-and-a-half weeks, sediment runoff is a major concern when it comes to deer overpopulation. Sediment runoff is the biggest land-based pollution threat to Hawaii’s coral reefs.

“To conserve mauka to makai—the mountains to the sea—is to honor the land’s heritage and Hawaiians’ profoundly rooted stewardship of it,” Bon Appetit wrote.

Maui Nui remains the only commercial solution to dramatically decreasing the Axis deer population through harvest and restaurants in both Hawaii and the mainland are beginning to take interest in adding venison to their menus. With Maui Nui recipes such as Cinnamon Spiced Medallions With Farro Spinach Salad, Pineapple and Ginger Chops and Garlic-Ghee Steak Bites, it is no surprise that this venison harvest is turning some heads.

Maui Nui accredits the flavor of native Axis deer meat to “Stress-free Harvesting.” Experiencing minimal stress throughout their lives, the Hawaiian Axis deer have no natural predators or seasonal swings. On top of this, Maui Nui also knows it is critical to eliminate stress during harvesting as well.

“When animals are stressed during or immediately before harvest, they rapidly deplete their bodies’ sugar stores and, in turn, their lactic acid levels, causing serious adverse effects on meat quality—both texture and flavor,” Maui Nui wrote on their website.

Maui Nui is turning heads in both the foodie and outdoor world and, bringing high-quality sustainable food sources to high-end restaurants while also preserving the splendor of the Hawaiian ecosystem.