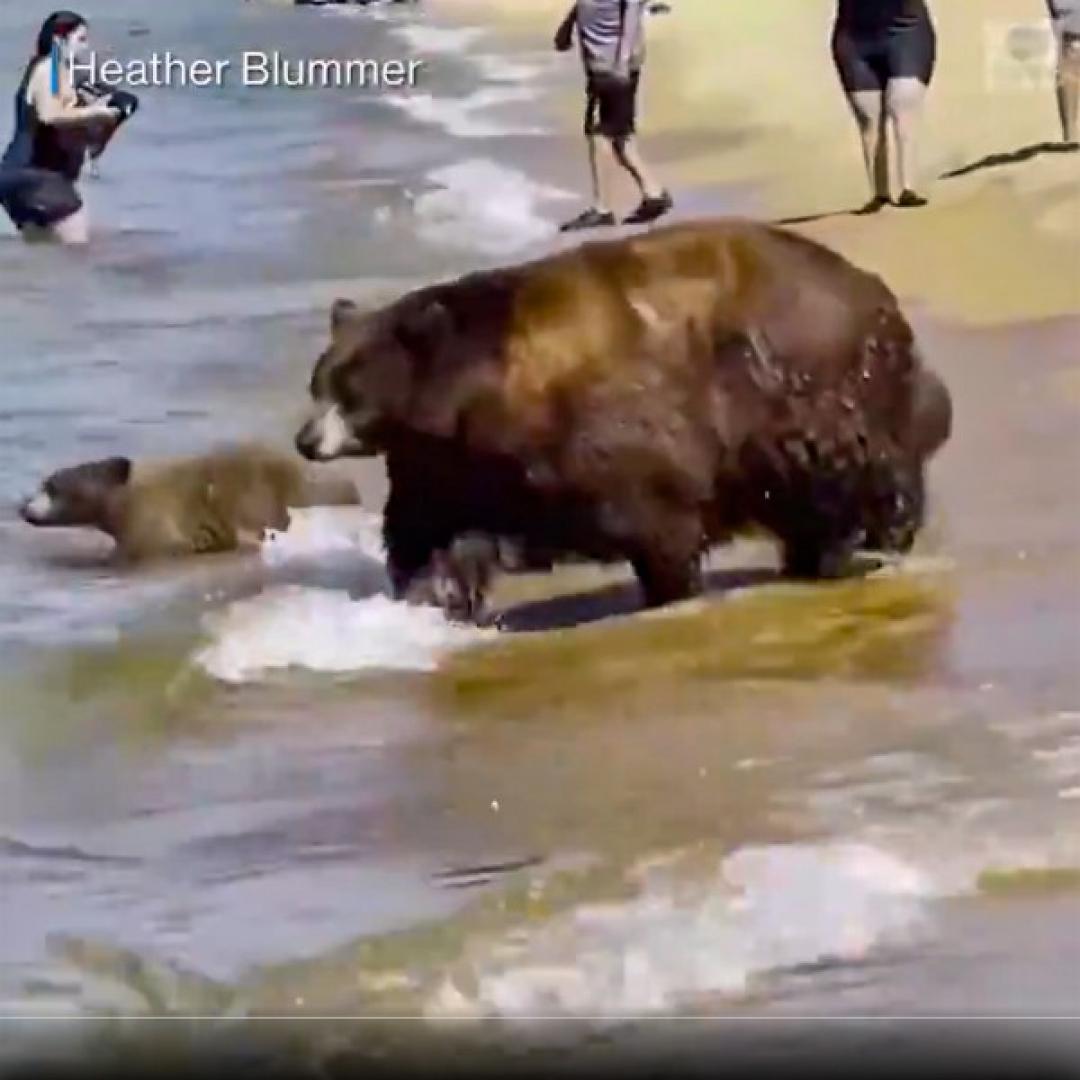 Temperatures have been at an all-time high this summer with weather hitting record heights in many areas that rarely see the heavy heat. The temperatures out West even went as far as setting an all-time world record of 130 degrees Fahrenheit in Death Valley, California. To put that in perspective, it is estimated that the COVID-19 virus dies at 132.8 degrees Fahrenheit.

Humans were not the only species feeling the burn, as a recent video on Twitter emerged, showing a mother black bear taking her three cubs into the cool waters of Lake Tahoe. The lake’s waters are known to range from temperatures of 63 degrees Fahrenheit to 53 degrees Fahrenheit, and offer a cold solution for any animal looking to escape the heat.

The surprising aspect of the video was not the mother bear with her cubs, but the fact that beach-goers were standing a mere 10 feet away from the bear. Many species, and especially bear, tend to be extremely protective of their young, oftentimes leaving the cubs behind in territories they deem dangerous for them. It is a testament to just how bad the heat is that the mother felt inclined to bring her cubs anywhere near humans, and should raise concern as to how the massive spike in temperatures could affect other species as well.