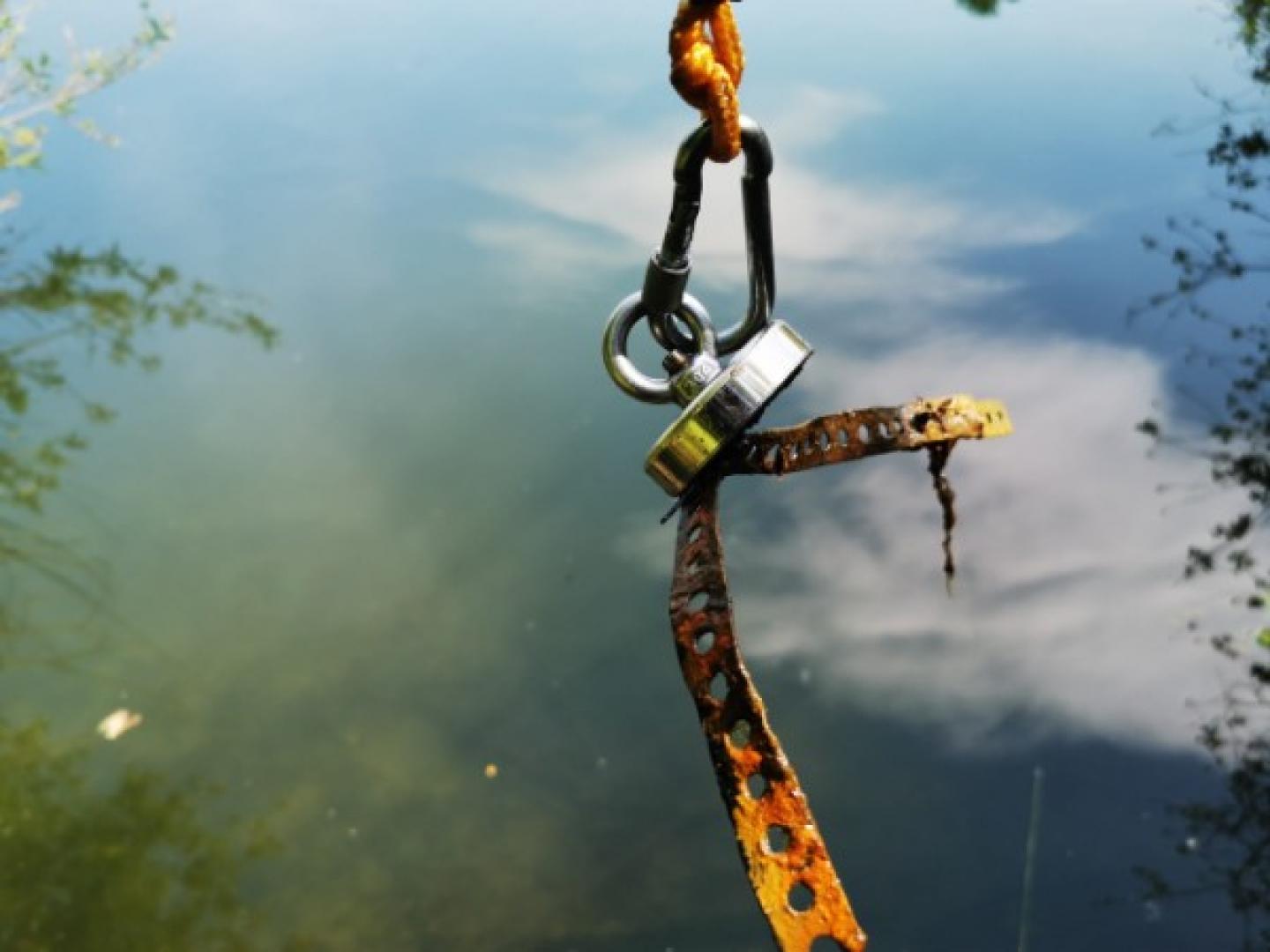 The Draw to Magnet Fishing

On April 12, 2021 Australian treasure hunter Leigh Webber drudged up an interesting find while fishing in the Amsterdam canal according to Newsweek. Though it was a rare catch, we aren’t talking fish here. Webber is a magnet fisher, a hobby described as a combination of environmentalism and treasure hunting, in which you use a strong magnet to recover metallic objects from bodies of water.

And what did Webber find? A treasure chest filled with rare collectible coins, reported to have been stolen 20 years ago. Magnet fishing appears to be a popular sport in the UK, something adopted even by rugby star James Haskell. While slowly catching on in the U.S., and currently still legal in all 50 states except on some governmental property and privately owned land (unless you have permission), there are a few caveats to keep in mind before switching out your hook for some high-powered magnets.

In the UK there have been multiple reports of found unexploded World War Two bombs, knives and guns found by enthusiastic treasure hunters. Though magnet fishers from Perth, Australia to Maine also see magnet fishing as a great way to remove abandoned metal debris from waterways.

In short, magnet fishing, like a lot of sports, is to be pursued with caution. Anyone interested in picking up this new hobby needs to be educated and aware of proper procedures needed to correctly handle potentially dangerous finds. However, for enthusiastic metal detectors looking to work closer to the water this summer while helping to clean up the environment, this may be the next sport for you.