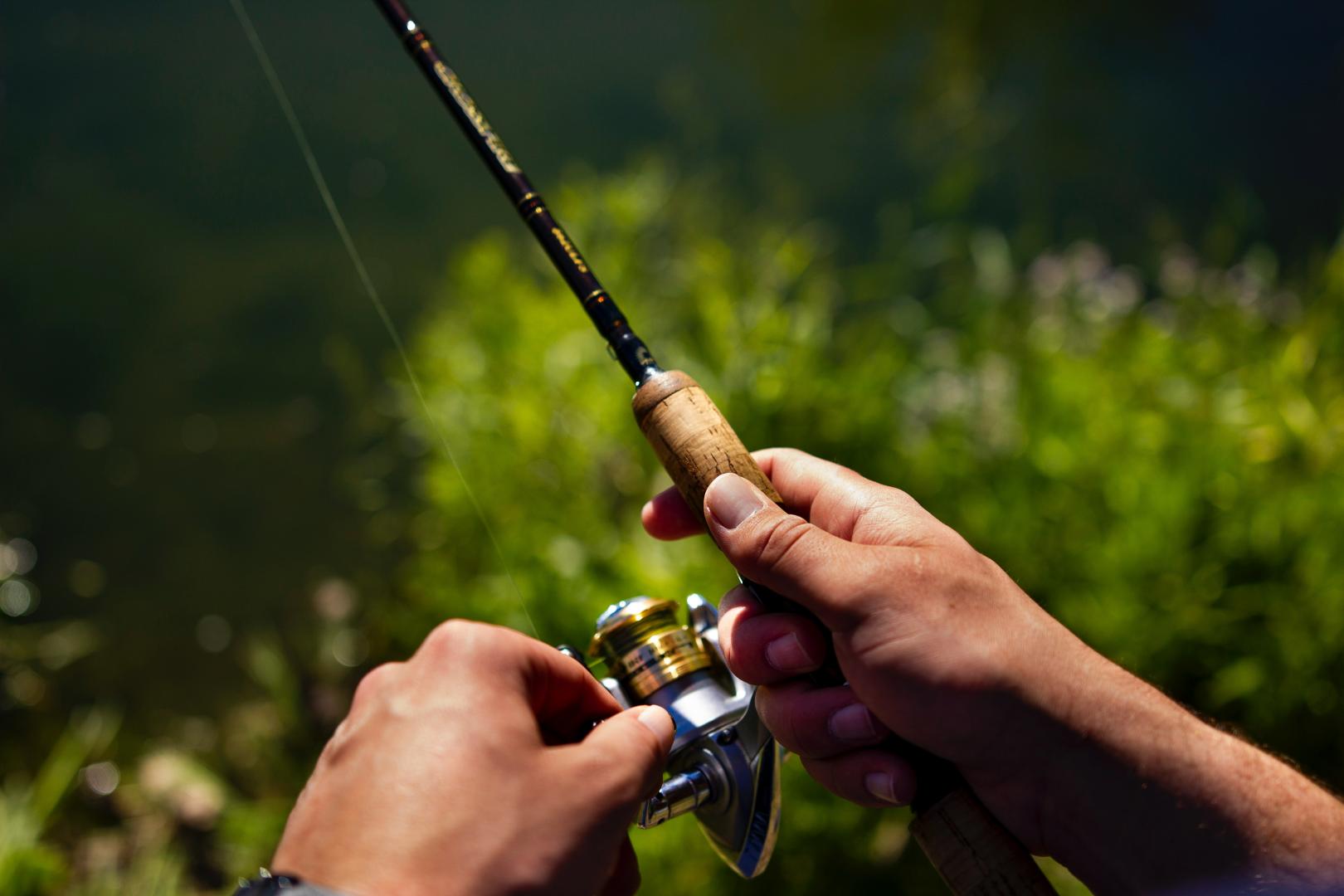 Though cats can be caught in any season they are are more active in hot weather. When the water warms up, fish metabolism speeds up and they need to eat, just to keep up and they need to eat even more to grow in size. In the summer, when it comes to catfish, it’s not a question if the fish will be biting. They are biting - and in every stream of any size, in all lakes and many farm ponds.

Catfish have a great sense of smell and taste. There’s probably no “wrong” bait to try. Plenty of companies market prepared bait for cats, often cheese flavored - strong cheese - or simply a mix of ingredients you mash on your hook like dough. Lots of catfishers swear by liver from most any animal cut into chunks. Many prefer chicken livers because A) they are widely available and B) they are “bait-sized” right out of the carton.

Don’t forget, catfish are meat-eaters and in their natural environment, most of that meat is in the form of fish. Minnows or chubs from a bait shop will certainly work or spend some time catching small, green sunfish, bluegills or crappies then turn that bait into catfish bait. Some of the biggest cats caught in the summer are caught using live panfish.

If some of the bait dies, don’t worry, make some slices in the side of the fish to allow more of the scent from the meat to ooze out into the water and fish the dead fish on the bottom. Usually, freshly dead is better than long dead, so change your dead baits often. That includes crawdads, frogs, night crawlers or gizzard shad if that’s what you are using.

Lakes stratify, or form layers, this time of year, with cool, oxygen-deprived waters sinking to the bottom. In ponds, do not fish in water deeper than 8 to 10 feet. In reservoirs or larger lakes the dead water zone may be deeper so the catfish may be happy in as much as 20 or 25 feet, but they will certainly forage shallower.

Look for areas with vegetation, brush piles or rock. Catfish aren’t using the cover for concealment like other fish do. They know, however, other fish do concentrate in those areas. When they are relying on fish for their next meal, where better to look and lurk than in a fish rich area?

Catfish are usually found near the bottom and are used to feeding on or near the bottom. Double your chances, however, by complimenting your bottom baits with some suspended up off the bottom with a bobber and let current or breeze move the bait to find active catfish.

Midwestern rivers are loaded with catfish. Look for fish around downed trees and brush piles, but don’t overlook rock piles or other objects that deflect water and form a current seam. Position your bait just upstream of brush piles so the scent of the bait is carried downstream into the structure to draw the catfish out.

Anchor the bait with a heavy weight so it doesn’t drift into the snags. Most river fishermen rely on relatively heavy line so when they get a bite, they can muscle the fish away from the snags, as well.

Despite what you’ve heard or may have experienced, catfish are very good to eat even in the heat of the summer. There are three tricks to preserve or produce the top flavor.

First, be selective about which fish to keep for the table. Remember “kittens are better than cats.” Smaller catfish, regardless of the species are just plain better to eat. I seldom keep one more than four pounds and prefer them about half that size.

Second, bring along a cooler with ice and get them in the ice as soon as it’s caught. Even if you can keep the catch alive in a livewell, on stringer or in a fish basket, those caught and immediately iced down will have a better flavor profile.

Thirdly, bring out the mustard. I was skeptical the first time someone suggested instead of using just eggs or mixing eggs and milk or buttermilk to make the egg-wash to make the crispy coating before dropping the fish in the fryer or hot skillet, add a tablespoon of prepared mustard for each egg you use and whip it all until it’s smooth and homogenous. Coat the fish with mustard/egg mixture, then roll in corn meal, cracker crumbs or panko and fry it up as usual.

I don’t even like mustard all that well but I like catfish (and other fish) cooked this way. The hot oil changes the mustard flavor so the fish doesn’t taste like the cross between a frankfurter and fried fish. It does impart an unusual tang, hard to describe but definitely tasty.