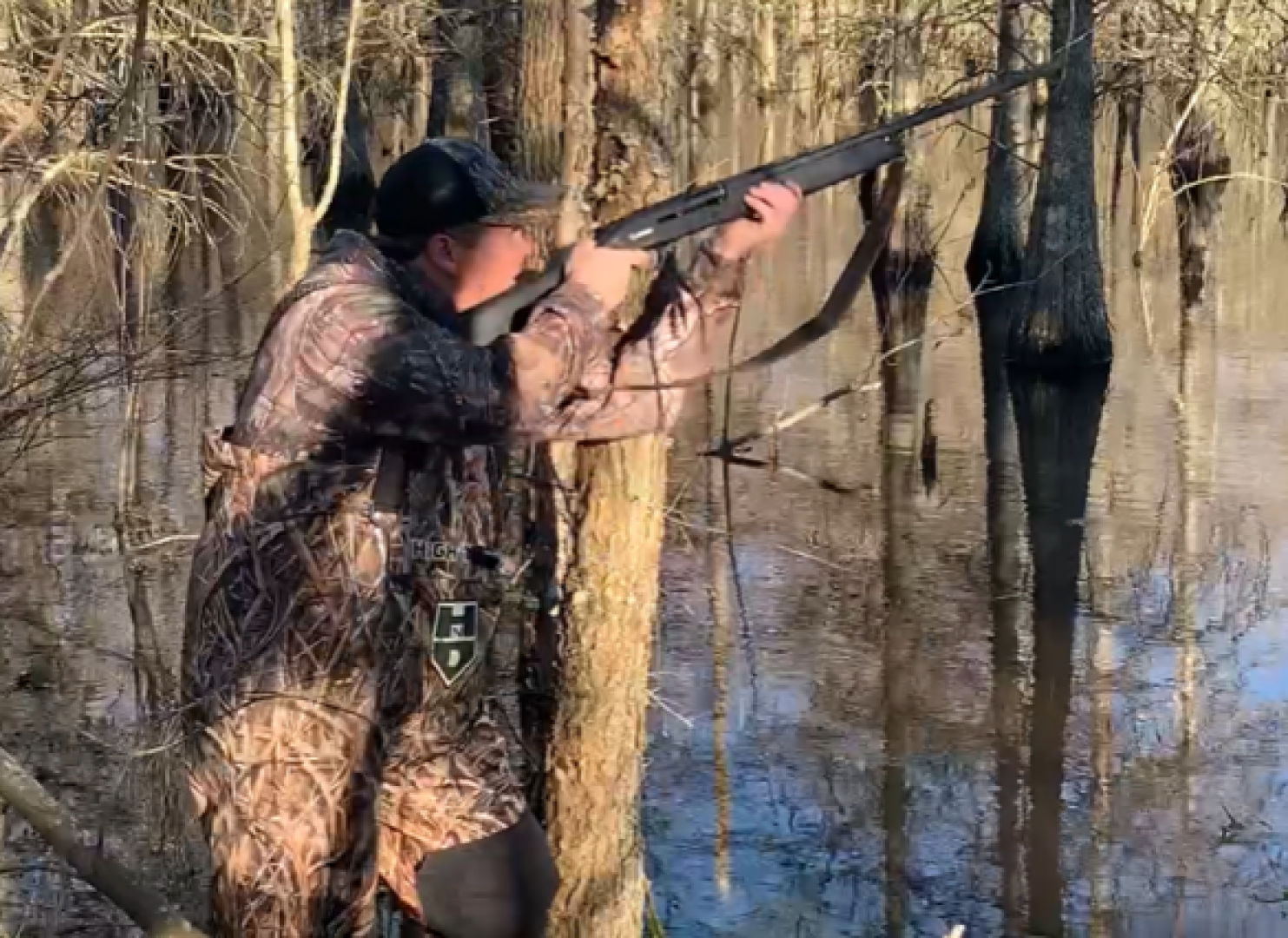 It’s hitting right in the heart of the duck hunting season across much of the lower half of the nation and not everyone will board their boat for big water. For many of us, finding those pinpoint spots where ducks are coming and going among the timber and fields near our homes. To make the most of our limited days in a blind (or huddled on a brushy shoreline) try these five tips.

“One of the biggest things about hunting a small body of water is you have to be sure it is where the ducks are going,” says Kurt Derwort, a legendary Virginia gunsmith and avid waterfowler. “You can’t pull them in from a mile away with a lot of loud calling like you might be able to do on big water. The visibility and proximity of the birds typically isn’t there.”

That means hunters need to scout isolated farm ponds and millponds, swamps, creeks, potholes and other small waterways where ducks will feed during the day and roost in the evening. If you only have one or two spots, this is an easy task. Check them out and if the ducks aren’t using them, make friends with someone who has another spot or

suck it up and go hit some larger public waterways. Ideally, you want a selection of areas you can hit and check out, both in the morning and the evening, to see when and if ducks are using them.

Fortunately, small water hunts typically don’t require much gear—primarily some waders, a handful of decoys and maybe a kayak or canoe depending on the depth of the water. Much of the hunting can be done from a bank or wading in shallows, and ducks can be retrieved by hand or a good dog if you have one. If not, as mentioned, something as light and maneuverable as a kayak works great for retrieving ducks and decoys at the end of the hunt. You still need to consider your setup.

“Your shot window is usually very narrow,” says Derwort. To maximize useable space, if the pond or waterway is elongated like in an oval, which most ponds are, ideally, you want to set up at whichever end puts the wind to your back since ducks prefer landing into the wind. This is the best-case scenario given it will give ducks more air space to drop into your set up and size up where they want to set down. If you have a stronger crosswind, play the wind more than the configuration of the pond. You also want to keep the sun at your back, if possible, since as soon as the sun breaks above the tops of the trees, if you’re looking straight into it, it will be impossible to see your targets as they set.

On small water, a dozen or fewer decoys is often all you will need.

“I will usually just put out six or eight decoys when hunting ponds,” says Derwort. “You don’t want to overcrowd the water in front of you. You want to give them plenty of room to land.” Set them up in the same fashion as you would a large water spread,

meaning you want to leave a nice hole in the center for birds to set down, ideally 25 to 40 yards from where you will be set up.

Less is More When Calling

When it comes to calling, keep it to a minimum.

“Calling on small water is less important. The birds know where they want to go,” Derwort says. “Just do a little calling to set them up and make things look and sound more natural.”

If birds do look like they are going to pass, go ahead and throw out a hail call and as they approach, don’t be shy about giving some feeding calls and quacks, but use a call that keeps volume down and merely adds to the realism of the setup. A jerk string attached to a decoy and given an occasional tug, a motion decoy on a stake or bobbing in the water, or if you’re wading in water not far from the decoys, rocking your leg back and forth to create ripples, will all add to the deception that real ducks are already there.

Try to keep your shooting to small groups of ducks hitting the water instead of big flights, as it can serve to educate the birds and keep them from revisiting your hot spot.

“If you are hunting the spot in the morning, shoot several passes of ducks and then get out,” recommends Derwort. “Don’t hunt the same spot in the afternoon. Let the ducks come in and hang out so they will come back.”

If there are a series of ponds in proximity on the property you hunt, it’s also a good idea to leave one as a sanctuary that is never hunted. This will keep birds in the area and feed a continuous supply of ducks and geese to the ponds you are hunting throughout the season.