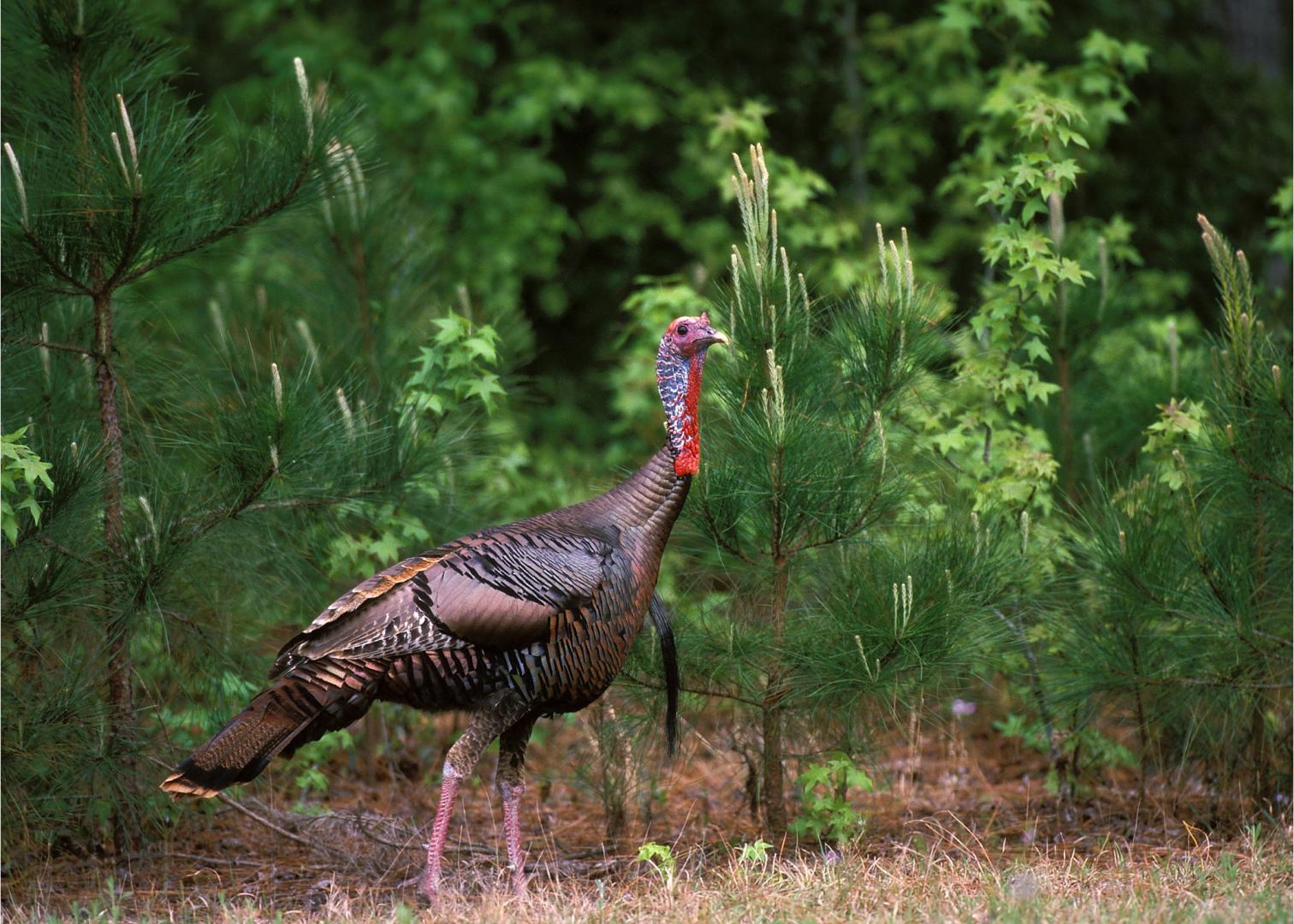 Setup for Success When Turkey Hunting

In more than 30 years of turkey hunting, I’ve seen it happen hundreds of times. A hunter is working the turkey woods, walking and calling every so often to strike a gobble, when suddenly he hears one rocket back in reply. Sometimes the bird is closer than he expects and at that moment, I’ve seen hunters just dive for the nearest tree in a virtual panic, worried the tom was going to just bust right into sight.

Now sometimes he is. And I’ve even been guilty of the aforementioned rush into what may be a poor setup, particularly early in my turkey hunting career. But if you hunt expecting to hear that gobble and keep aware of your surroundings before making that call, you can quickly choose a setup that will lend itself to better success rather than just dropping down in a spot that may block your sight from the turkey’s approach or worse, make you more visible than you realize or obstruct the gobbler’s approach, so he hangs up and never struts in.

As soon as a gobble shatters the otherwise silent woods, you need to quickly determine the following: Where is the bird? How far away is he? Is he approaching or staying in one spot? What lies between you and the gobbler? That last one can be important because if there is a wide creek or river between you and the tom or a thick tangle of briars or grown up clearcut, you may have to work your way to the same side of the obstruction as the turkey. Gobblers are often reluctant to cross such terrain.

It's also vital to determine how far away the turkey is. Wind, rain, hills and foliage can all impact how well you can accurately hear a gobble and use that sound to determine where a turkey is. If any of those are at play, a turkey that would sound 150 yards on a clear day, may be twice as close when wind, rain or other noise or physical obstructions are limiting the sound. Determining how far the bird is and whether or not he is moving toward you, will tell you how much time you have to get setup and/or if you need to make a strategic move on the gobbler.

In most cases, as soon as you hear a gobble, you are going to want to close the distance between you and the turkey. But don’t just take off pell-mell through the woods. Go at least a quarter of the way toward where you think the longbeard might be and then hit him again, but this time with a locator call; particularly if he fired quickly back on a hen call just moments before. If he doesn’t respond, then use the call that he answered before, but do so next to a tree suitable for sitting against should you need to drop to the ground for a quick setup.

If the tom is still where you first heard him, keep moving forward some more. If has begun coming your way, now it’s time to assess exactly how to play this guy.

If possible, it’s always best to set up where you will already be in shotgun range when the gobbler first steps into sight. If a tom is in a field, set up off the field in the woods to make him enter the woods in search of what he thinks is a hen. Other good setup points are just off a break in a ridge, a bend in a road or just off a small food plot or opening in the woods. By setting up in such spots, a gobbler is forced to come looking for the hen. For both safety and concealment, set up against a tree wider than your shoulders and taller than your head. And never try to hide in thick brush. It will only limit your ability to swing the barrel of your gun to take aim on the bird should he come in from a direction you weren’t expecting. Trust your camouflage and your ability to sit still to fool a turkey’s eyesight.

Once you’re in position, sit on your butt, with your knees up and your shotgun balanced on your knees, ready to shoot. If you’re right handed, angle your left shoulder in the direction from which you anticipate the turkey to approach. (If left handed, do the opposite.) This will allow you to easily swing to your left and to your right with minimal movement should the longbeard vector in from a slightly different direction. Here, you want to go ahead and position your head close to the shotgun, but don’t hunch all the way down on it. You want to be ready to shoot, while still maintaining a full field of view out in front of you.

Here’s where it can get tricky. Most gobblers are going to come in quietly and cautiously. Listen for the sound of drumming or footsteps in the leaves rather than overly focusing on gobbling. Also, never call when a turkey is in plain site of your position. He can pinpoint exactly where the sound came from, and if he doesn’t see what he is looking for, he is likely to hightail it out of there.

Move your shotgun only when the bird’s head is obstructed by a tree. Move your gun slow and steady and as soon as the bird steps into the open, have the gun waiting on that spot, take aim (now is when you want that cheek placed firmly on the stock), and gently squeeze the trigger. Don’t lift your head to see the shot. Too many hunters make this mistake and start to lift their head before they’ve even completed pulling the trigger. As a result, they shoot high.

If you did everything right, there should be a dead gobbler flopping in front of you. Go out there and enjoy the moment. You just pulled off the perfect setup.

Photo Courtesy of the NWFT