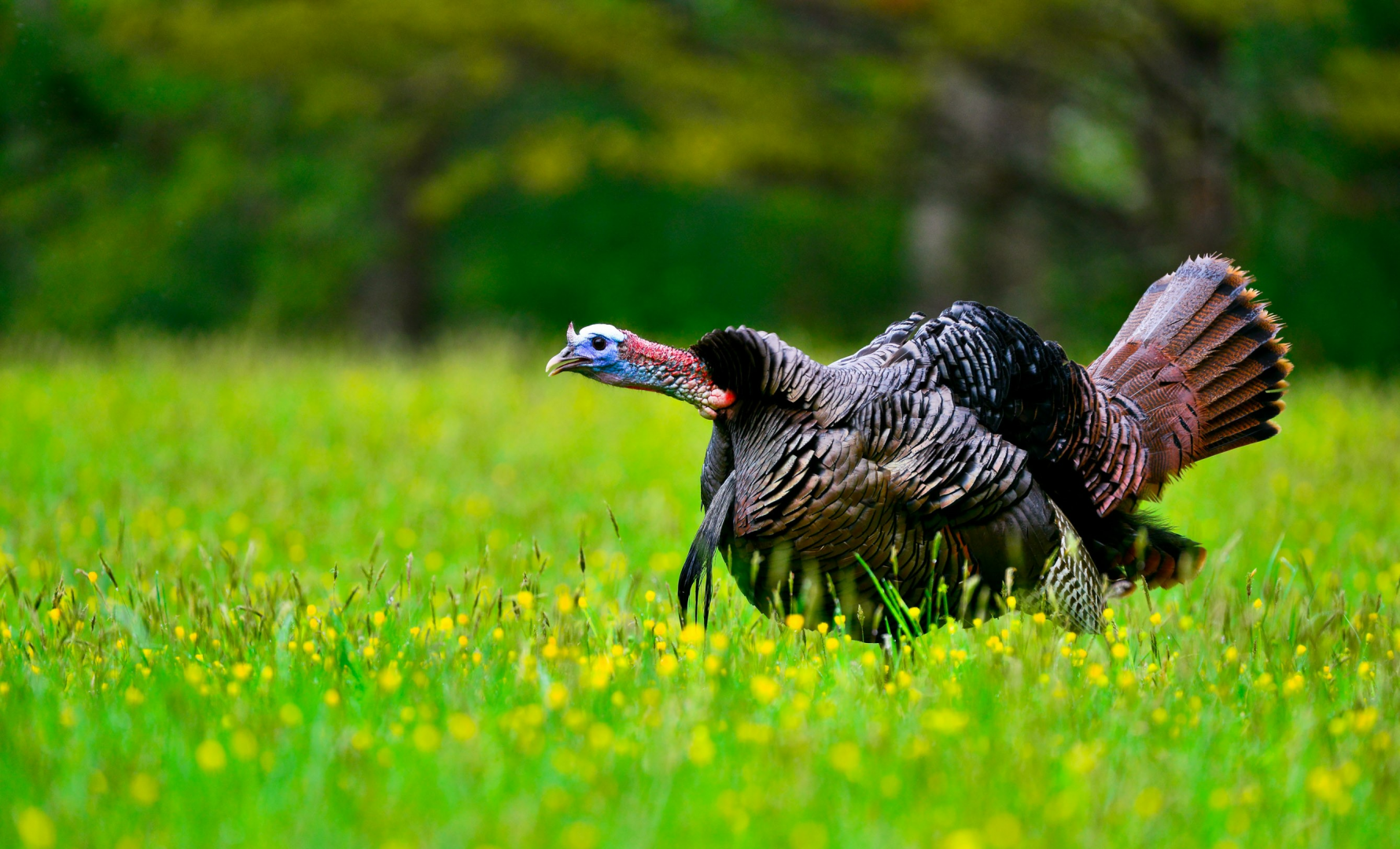 A turkey gobbling his head off on the roost can excite a hunter like few other sights or sounds. The excitement can be short lived though if the old Tom has already made up his mind to fly down away from you. A fired up a gobbler in the midday is different. He’s likely without hens and looking for love. There’s a good chance he’ll aggressively close the distance to your calls.

When you locate a gobbler on the roost, you want to close the distance but must be careful not to approach too close. I like to limit myself to 75 yards or so, unless there is some sort of assurance you won’t be seen sneaking closer. Once you are set up and perfectly still, you want to call to make the gobbler think there is a hen hoping to lure him in. If all goes perfectly, he’ll pitch down close, you’ll make the shot and be back at camp in time to make coffee before the sunrise.

In my experience, turkey hunts rarely work out this way. What usually happens to me is I set up on a gobbler on the roost, then I get into a calling competition with real live hens and loose the contest. He pitches down and the ladies lead him away. This is extremely frustrating, but is rarely the end of the story.

“The best advice I can give is to not give up at 8 a.m. because you haven't heard any turkeys gobble. My rule of thumb is that the best time to bag a big gobbler is between 10 a.m. and 2 p.m. Be willing to try different set ups and master several calls. Be flexible and take chances,” said Josey White, a Mossy Oak Pro-Staffer.

Over the years, I have found much success during midday turkey hunting. One of my best birds ever was killed at 9:20 a.m. on opening day after all the early morning gobbling had stopped. I had set up on a ridge that is a regular gobbler hotspot. Sure enough, a big old bird was fired up on the roost. I watched him strut up and down a limb for twenty minutes before flying down and immediately started dancing on a ridge top logging road. He came within 40 yards of me, but I couldn’t take a shot. Before I knew it, he was trailing off down to an open agricultural field.

I watched him put on a show in the field for over an hour for a crowd of hens and a couple of jakes before finally making his way back into the woods a couple of hundred yards down the from me. I gave him another hour without ever hearing a peep. Then I made my move.

There were only two ways he could have gone, and since he hadn’t showed up in my direction, I knew he had chosen to head the opposite way. I took a hike. A long hike circling around to the other end of the woods I was hunting and set up against a big oak tree. Then I let out a series of soft calls. He gave me a strong courtesy gobble. Five minutes later, I had him flopping. Midday turkey hunting filled my tag when most other hunters were home catching a nap.

“Hunting midday is a great way to kill pressured birds. I wait for other hunters to leave the woods then go to where I have heard birds gobbling midday before. I’ll go right to those spots, setup and kill the bird an early morning hunter gave up on,” said Ray Eye, author of The Turkey Hunter’s Bible.