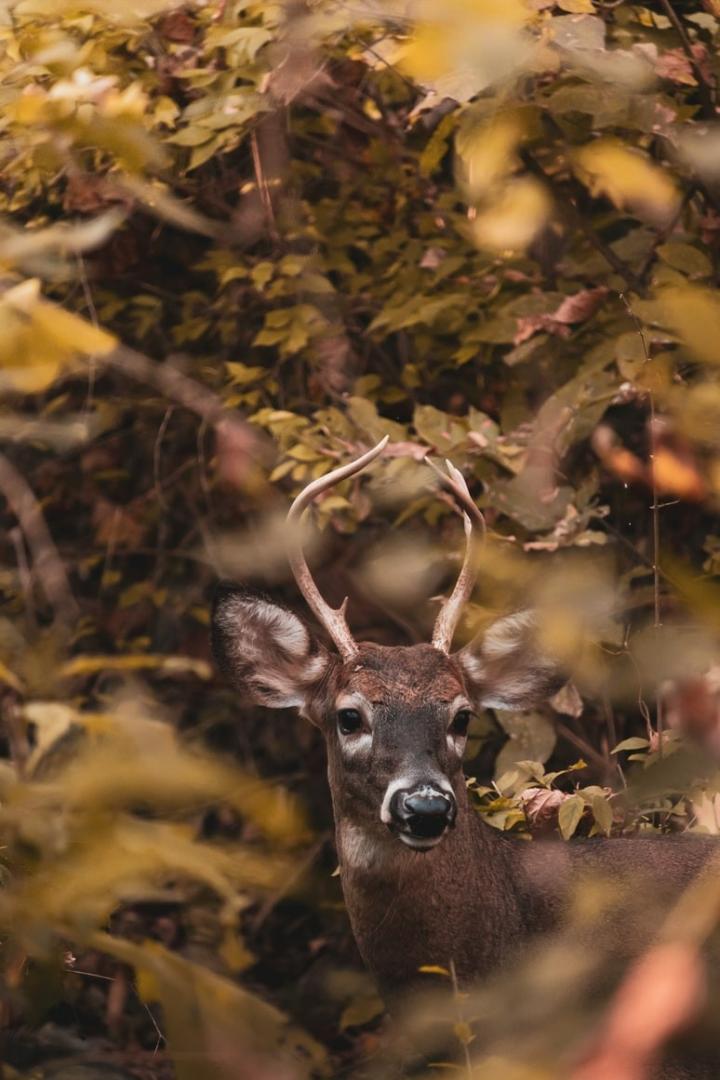 It has now been well documented that deer, particularly fawns, can be a primary prey for coyotes. And as coyote breeding season is in full swing and coyote spottings become more frequent, it’s natural to wonder how their presence will have an impact on the ecology of your land. There are many things to consider when it comes to preventing human/animal conflicts or deer/coyote conflicts. Coyote populations are difficult to control, but there are things you can do to help minimize their presence and impact.

To avoid human/animal conflict, start with the obvious around your home or camp in rural areas. The first step is assessing potential attractions such as trash bins, bird feeders and pet food. Coyotes are omnivores, and while their diets in the East consist of mainly small mammals, a large portion of those diets consist of fruits and other vegetables. With that in mind, fencing off gardens and fruit trees isn’t a bad idea in addition to properly storing trash and ped food outside. While these predators are getting more brazen in their approach, most are still naturally afraid of humans. Use that natural fear to scare coyotes away from family pets or livestock.

Creating an even playing field for the deer you are trying to manage on your land, and the coyotes who may be trying to take advantage of that, is a little trickier. Dr. Michael Chamberlin recently appeared on an episode of the National Deer Association’s podcast, Deer Season, where he discussed what measures land managers can take to soften the spring coyote blow.

Dr. Chamberlin is a professor at the University of Georgia, whose coyote research started when he was obtaining his Ph.D. several years ago and began examining coyote movement, behavior and how it influenced turkey populations. His most recent research expanded to deer populations and coyote behavior. Chamberlin addressed the common misconception that trapping is the most effective way to control coyote populations on your land.

Research has shown that coyotes are extremely responsive to coyote population density, and even if many coyotes are removed from an area, they are biologically equipped to respond by increasing individual litter size. Aside from an all-hands-on-deck trapping effort that would ideally involve you and all your neighbors attempting to trap every coyote in an area, Chamberlin instead suggests focusing that energy elsewhere.

“Spend as much time and money as you’re thinking about spending on trapping and put that towards improving your habitat on your property,” says Chamberlin.

Areas that are large with a lot of open space tend to make popular feeding grounds for coyotes seeking fawns and even smaller does. But if you can create a space with a lot of dense cover then deer will have the upper hand. Unlike bobcats that sit and wait for an opportune time to attack, coyotes are very similar to dogs and hunt using a run-and-chase method. When a deer is chased into dense brush, coyotes are at a natural disadvantage being so low to the ground. Being that a deer’s natural response is to run and hide in the face of danger, the more hiding spots, the better. Chamberlin and others’ research shows that most fawns have a critical survival point in their early lives, that once they live past, they are more likely to survive into adulthood. While taking precautions to make your land coyote-deterring is helpful, in the end, making your habitat work to the advantage of deer is even better.

The Michigan DNR Wildlife Division recently released their guide to preventing animal/wildlife conflicts during the coyote breeding season, and you can read more on their tips here. To learn more about the coyote, and how your land management practices may increase the likelihood of deer predation, you can listen to NDA’s interview with Dr. Chamberlin here. Coyotes are a great spring hunting option in many areas as well. To find out more about coyote hunting and other spring hunting opportunities, check out iSportsman’s spring hunting round-up here.