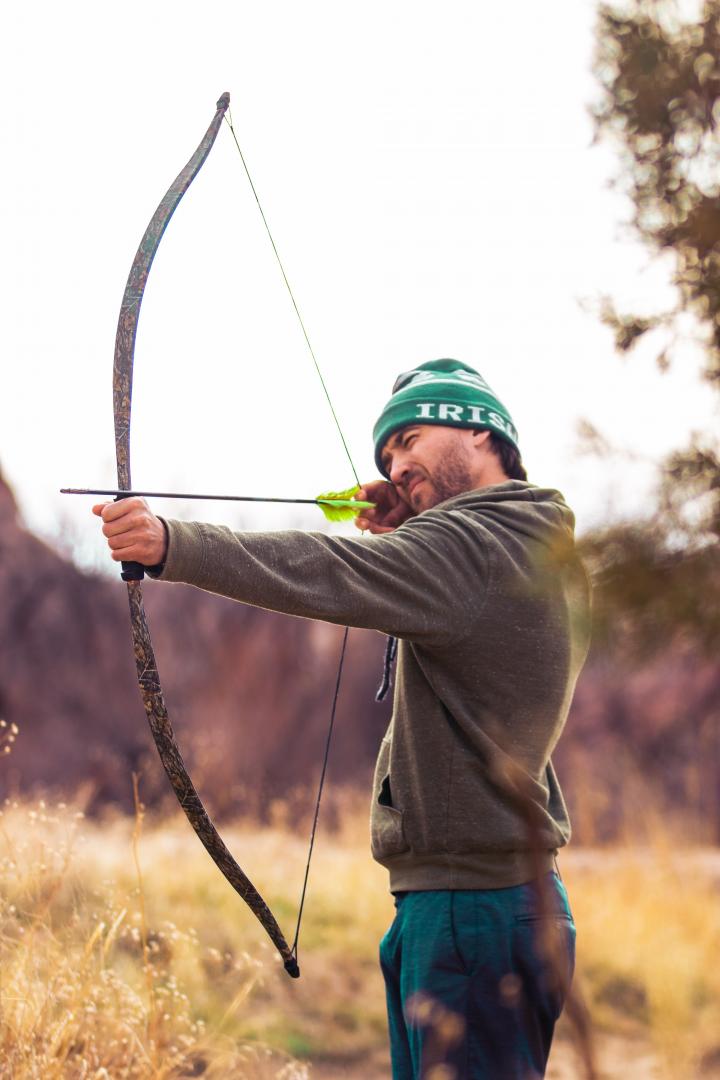 Making the Switch to Traditional Archery

My first hunting bow was an old compound handed down from a family friend. I have no idea what brand it was, and I suppose it doesn’t really matter. I do remember it had a 40-pound draw weight and no sights. I was 11 and it took me nearly a year to gain the strength to draw it.

My clothes were a mix of hand me downs and garage sale treasures. I had no equipment, just this old bow and some partially bent arrows. All I cared about was going hunting every chance I could. Rain, no problem. Cold weather, please. I would have froze solid in my tree before anyone could have convinced me to get down before I absolutely had to.

I started off hunting with my uncles who never used sights on their bows. So, like them, I shot a bare bow. Three-years of bowhunting went by without ever harming a hair on deer. Not from lack of trying though. I flung a lot of arrows. One farmer actually thanked me for aerating his field.

At fifteen, I finally killed my first deer with a muzzleloader. The next year, I killed a very nice buck with a shotgun. The ball was rolling, but I had yet to kill a deer with a bow. There was nothing I wanted more. So, I saved up some money and upgraded to a new bow, but this time I bought sights and all the fancy extras.

It didn’t take long to get those sights lined up, and once I did, I became a pretty good shot. I proved it one early October evening when a gorgeous doe stepped out of a thicket and stood broadside at 40-yards. I can still see the heavy aluminum arrow flying, arching beautifully before crashing through the doe’s chest. She fell in sight and I was a successful bowhunter.

Since that evening ten years ago, I’ve taken quite a few deer with a bow. A few bucks that would qualify for Pope & Young if I chose to enter them, many smaller bucks, and plenty of does have fallen to well placed arrows. I still look forward to chasing deer with a bow in the fall as much as I do anything else in life.

So when the alarm sounds at 5 a.m. on October 1, I will spring from my bed with a zest found in children on Christmas day. The opening day of the early archery season is one of my defining moments each year. The sheer joy I experience as the first sunrise of the new season materializes over the standing corn to the east is rarely matched. After scouting and shooting all summer, the preparation is now ready to be called upon at a moments notice as anticipation of the shot begins. Some seasons, weeks may melt away before an arrow is sent to its target. Other years I get lucky a lot sooner. We’ll have to see how this year goes.

The early season may not be as exciting as the peak of the rut, but if you have done your homework and understand what drives deer movement during the early fall; the early archery season can be quite productive. Opening day is basically a holiday for me that I don’t expect I ever lose my excitement for.