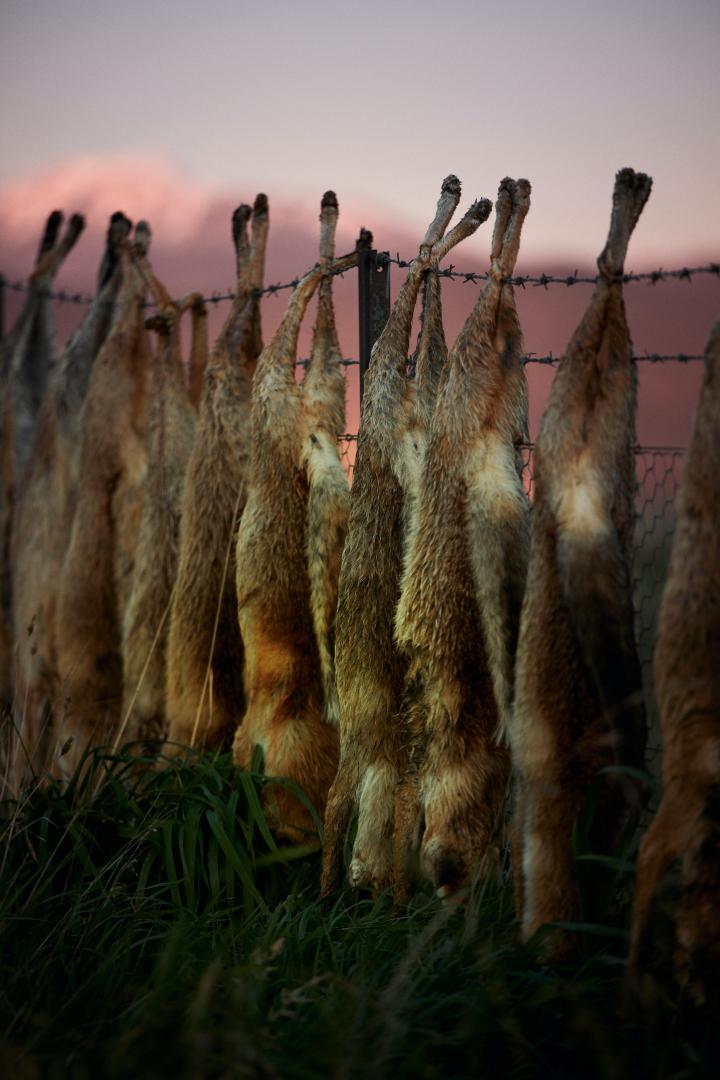 For many hunters the hunting season is over. Waterfowling is done in our area for the year. The final deer hunts are behind us. What pheasants are left are breeding stock for next year. It’s a sad time of the year for most diehard hunters. But if you are truly a diehard hunter, you really aren’t done. There’s plenty of time to go rabbit hunting; in fact, this time of year is a great time to go rabbit hunting.

BEAGLE POWER Don’t you need to have a beagle or at least a dog with enough “hunt and hound” in its ancestry to ensure success while hunting rabbits? I’ll never argue against hunting with good dogs for rabbits or most other small game. But they certainly aren’t necessary.

I used to have a beagle or two in my kennel and often teamed up with beagle owning friends to hunt winter rabbits. We enjoyed our afternoons, watching the dogs hunt, listening to them bark, yip and howl as they coursed after the bunnies. But prior to, and after I got out of the beagle business, I still harvested my share of rabbits hunting without any dogs.

PEOPLE POWER When my hunting partners and I were much younger, stronger and energetic, we used our own strength and determination to hunt rabbits. It was a simple way to hunt. Either alone or with a friend or two, we put on tough-skinned pants and just bulldozed our way through the spots we felt were most likely to hold a rabbit or two.

As we crashed through the weeds or scratched through the briars, we’d scan ahead and hope to catch a glimpse of the rabbit, or at least the white puff of “cotton” that gave the rabbit its name, cottontail, as it tried to escape. More often than not it did escape, but that gave us hope for the next hunt. We knew we hadn’t gotten them all.

Sometimes we’d use a bit of strategy. One of us would circle ahead, the other would plow through the tangles. The strategy was to chase the rabbit out of the thicket making an easier shot for the blocker. Sometimes that worked, sometimes not.

EYE SPOTS I was never good at this, but I have done it often enough to know it works. I’ve known guys who were expert at it sufficiently they could hunt with .22s instead of a shotgun. Rabbits spend much of their time just bunched up in a grassy or brushy area, soaking up the sun and conserving energy. I’m sure when I was using “bulldozer” tactics as above, I walked past as many as I rousted out. They just hunkered down, relied on their cover and camo to hide them and never moved.

Some hunters capitalize on this trait and learn to spot the nearly invisible rabbits hiding out in the cover. Their secret is not to look for a whole rabbit or even for much of the body of the rabbit. They look for their eyes.

A rabbit’s eye is deep brown and appears almost black from more than a couple feet away. The hunter doesn’t bull through the cover, he sneaks through it. According to the expert “eye-spotters” I’ve known, there are lots of brown and gray spots close to the ground, but few almost jet-black spots. They’ve simply trained their eyes to scan and discard the lighter colored specks and look for the half-inch diameter black spots. Once they spot one, often the rest of the rabbit comes into focus.

The guys with shotguns, then roust the rabbit and then take their shot as it tries to escape. The riflemen take aim on the rabbit’s head for a quick kill and no meat damage.

SNOW BUNNIES Both of these tactics work whether there’s snow on the ground or not. Most winter rabbit hunters would rather hunt when the ground is snow covered for many reasons. So many, in fact, I’ll just save that for another column.