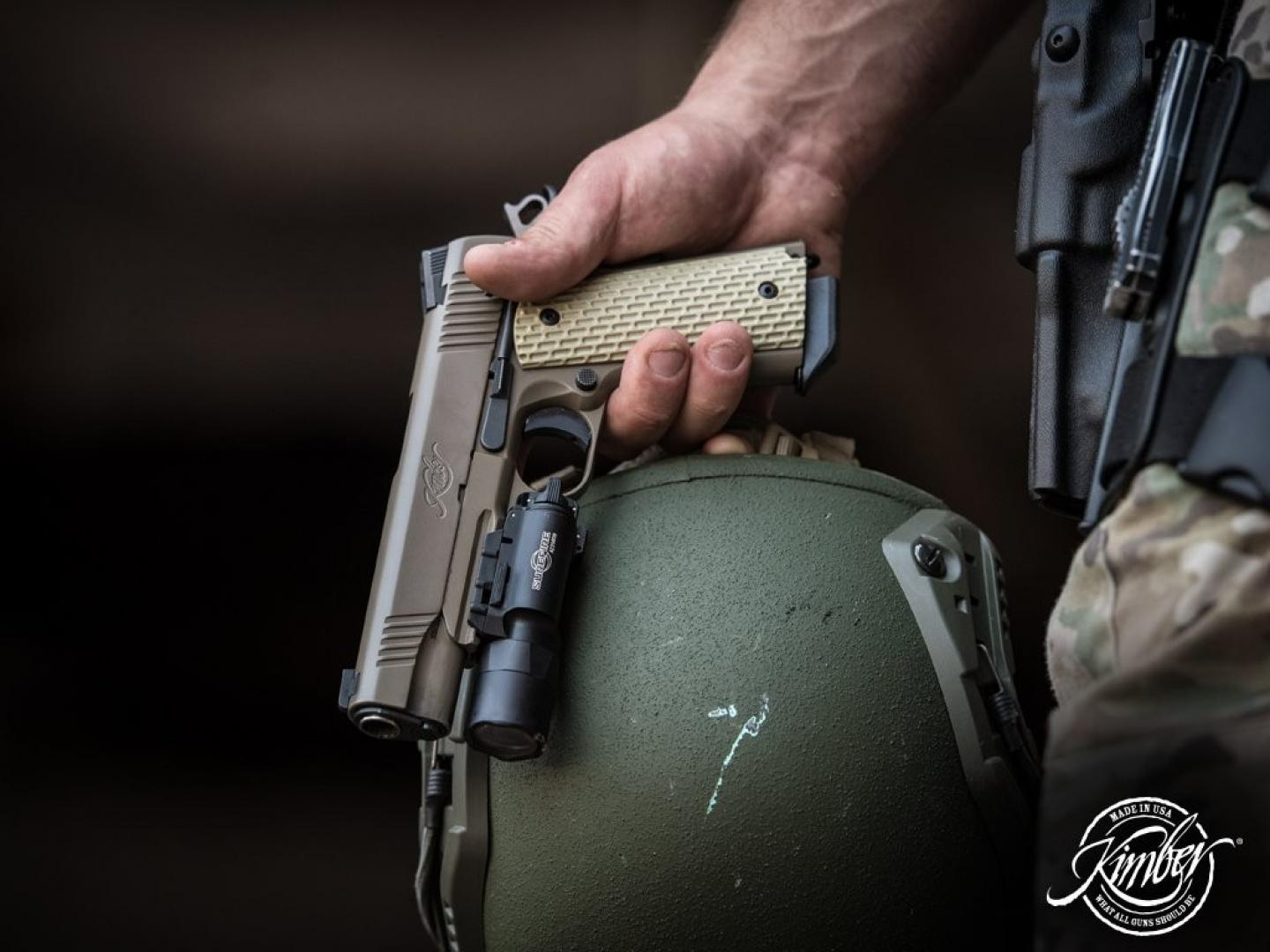 Following suit with other outdoor companies such as Remington, CCI , Speer and Federal, Kimber Mfg. Inc. has donated 200 handguns and 20 rifles to the Ukrainian Ministry of Defense and Armed Forces of Ukraine. Many outdoor companies have publicly pledged to aid Ukraine in their own unique ways, such as AMMO Inc., who pledged 1 million rounds of ammunition. AMMO Inc.’s donation was received by the Ukrainian Ministry of Defense on March 18, according to a press release posted on their website.

In addition to the 200 R7 Mako 9mm subcompact pistols, Kimber has donated 800 13-round magazines. The company also provided 10 Advanced Tactical rifles in .308 Win. and 10 bolt-action rifles in .308 Win. All rifles sent were accompanied by two magazines each and a matched replacement firing pin assembly.

“The people of Ukraine are enduring tremendous hardships and are in need of support from around the world,” said Leslie Edelman, Kimber owner and CEO. “Kimber is honored to play a part in providing this much-needed assistance with the donation of these firearms and accessories. Our hearts and prayers go out to the courageous people who will be using them to defend their freedom and nation.”

Adams Arms, who has previously been selling support shirts via their website, also finalized their own firearms donation sending 2,500 piston-driven, semi-automatic AR-15 style rifles to Kyiv according to Fox News.

“The shipment was supposed to leave a couple days before the Russian invasion. Obviously after that happened, we weren’t able to fly within 100 miles of the Ukrainian border,” Adams Arms president Jason East told Fox News. The company worked diligently with the Commerce Department and other business partners to put proper licensing and logistics into place to ensure the firearms would arrive safely.

“As a veteran, I served and a lot of other people served because we wanted to make a difference,” East told Fox News. “If you remember when 911 happened, a lot of people joined the military here. And for Ukraine, this is that moment for them. This is the moment for them, where they have to stand up and defend their country.”

As conflict continues in the Ukraine, there are still many means of support that are easily accessible to anyone who wishes to donate. Find links to charities, support merchandise and more in iSportsman’s last run-down of outdoor aid to the Ukraine.