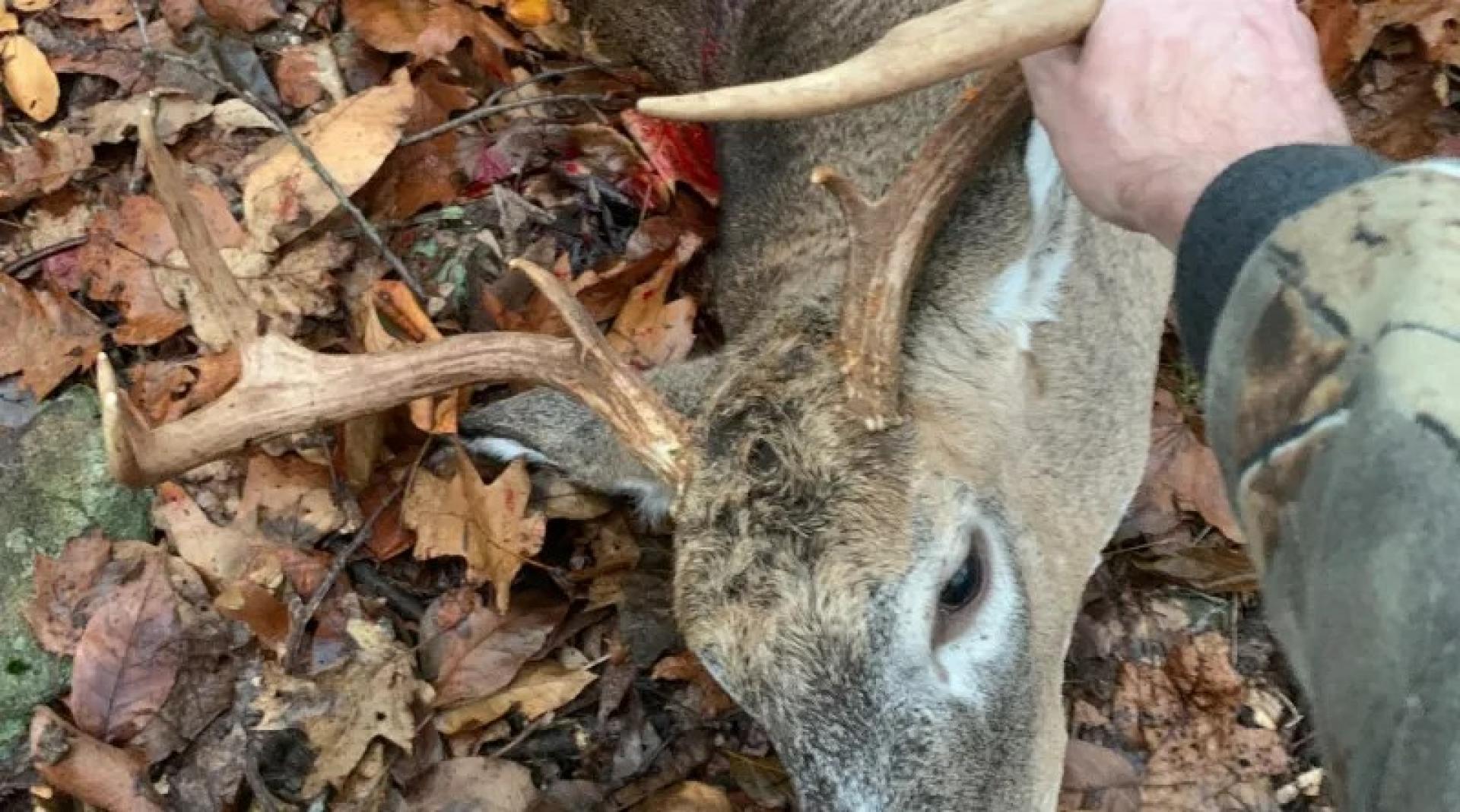 If You’re A Whitetail Hunter, Now is the Time to Get in the Woods

The best time of year for whitetail hunting is right now. My dad always told me that you hunting whitetails in October can be spotty, but by the time it’s Halloween, you better be in the woods. He said this for good reason: this is when things really start to heat up. Rising testosterone levels mean bucks will still frequent scrapes and rubs but they also begin checking does to see if they’ve gone into heat yet, which means you’re much more likely to see them during the daylight doing any of these things.

While many people say the best time of year for whitetail movement is mid-November during peak rut, I think the best time to be in the woods is a bit earlier, the last week in October in the Northeast and the first week of November elsewhere, to catch this transition into the pre-rut. Since my brother and I have been hunting more seriously in the last few years, in New York we have taken 7/8 of the bucks we’ve shot in the last week in October, most of them being in the last four days of the month. We also had quite a few other encounters we didn’t capitalize on. Here’s what you need to look for and where you need to be to hopefully get a mature whitetail on the ground.

You should be looking for scrapes and the freshest sign you can find. Hunting scrapes is still effective this time of year, and I have shot two bucks over a mock scrape. One tactic I like to employ is using two different scents that lead to the scrape: an immature buck and a hot doe. Nothing makes a whitetail buck angrier than thinking there’s a hot doe in his zone that he missed and that some immature buck found her first. And yes, does do use scrapes, too, and I have the videos to prove it.

I’ve heard a lot of whitetail hunters say they don’t use calls or rattle because they prefer the deer don’t know they’re there at all or they’re worried of scaring them off. For the rest of season, this may be a good approach, but now is not the time to be silent in the woods. Deer make vocalizations throughout the year, but a good grunt or rattle about once an hour can be the difference between seeing a buck or not. My brother does well rattling and has shot a few bucks doing that. I have better luck with grunting.

Stick With the Does

Where the does are, the bucks will be. This time of year, bucks begin checking to see if any have gone into heat yet and will continue doing so for the rest of the breeding season. Bucks will start patrolling much larger areas than they usually do. If you have trail cameras out, this is when you will start seeing bucks you may have never seen before showing up. Most folks, including whitetail experts, Mark Kenyon and Beau Martonik, often hunt downwind of doe bedding areas this time of year, and that is where I’ve had the most success, too.

That first real cold snap also seems to happen right at the end of October, and you need to be in the woods when it does. If you ask me, this is a “drop everything” kind of event, especially if its been pretty warm overall so far. Usually right when the temp drops happens, its like a switch is flipped. So call in sick. Quit your job. Lie to your boss. Do whatever you have to do to get out there.

If you can sit all day, now is the time. Its more draining than you would think just sitting there for that long, so make sure you don’t get too burned out and get lazy later on. Overall, just stay out longer than you usually do, and don’t be afraid to hunt mornings. Now is when you’re much more likely to see movement in the middle of the day, and I’ve heard it said that most mature whitetails are shot between 10-2 pm.

Even if you don’t fill a tag, this is an exciting time to be out in the woods. One year, my brother and I saw a half dozen different fights in one afternoon all over the area we were hunting, and most of them were different bucks. If you find yourself looking at a buck at full draw, keep calm and pick a spot. My brother and I both took off the last week in October this year, and we hope to report back in a few weeks with some meat for the freezer, antlers for the wall, and a few more memories.