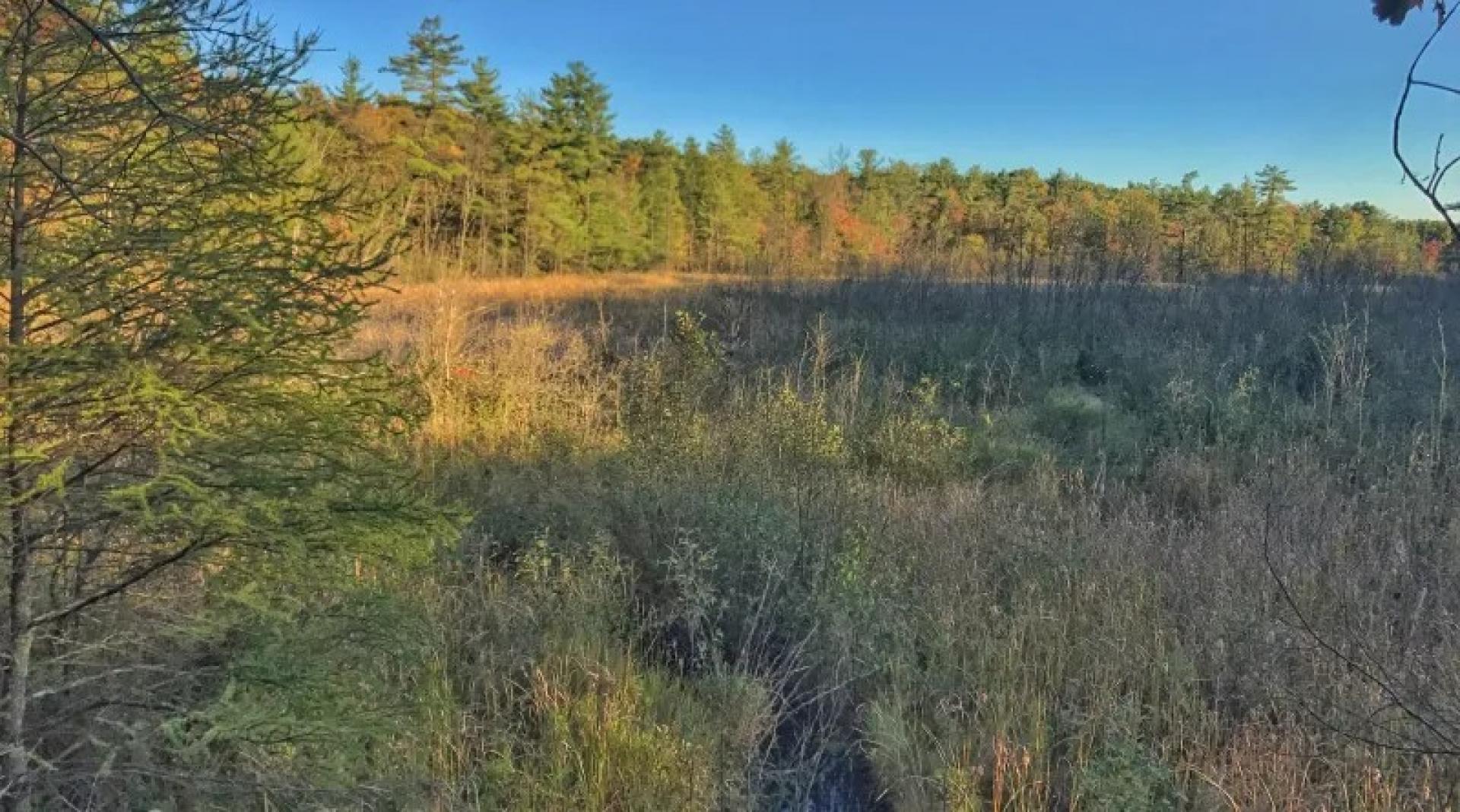 How to Hunt Swamp Bucks

Last year while pondering my lack of excitement during a mid-season sit, I decided I had to try something new. I scouted some public land while small game hunting. There was plenty of deer sign, but yet found myself hesitant to hunt there.

After I joined Backcountry Hunters and Anglers, I made a lot of new friends that have a wide range of hunting experience. These people aren’t your average go out opening day, drink at deer camp, and play some cards kind of hunters. They are truly people seeking adventure. The kind of adventure that was so clearly missing from my recent hunting years. Their stories of different hunts got me excited!

Don’t get me wrong. I am blessed with good friends that allow me to access some great land. I plan to still hunt there. I have taken some fantastic bucks off of that property, but why not try something new.

Jason Meekhof, Chair Person of the Michigan Chapter of Backcountry Hunters and Anglers, introduced Dustin and I to Kevin Vistisen. Kevin had just recently started The Deer Hunter Podcast, and invited us to come on and talk a little bit about what we are doing here at Lifestyle Lost. I had just started listening to podcasts a bit, but had not heard his. His mission is to Entertain, Educate, and Evolve the modern day deer hunter.

As always, I was a bit skeptical at first. I had long ago decided that I did not like to read, or watch anything about deer hunting. For the most part I viewed all of the shows and articles as a commercial trying to sell you something. I tried many of the things I saw on TV when I was younger, but they never really worked. I honestly thought this Podcast would be the same way.

Disclaimer: Kevin didn’t ask me to write this. His podcast is honestly the reason that I am now trying some new, and very exciting things. So I have to plug his podcast hear for the story to really make sense.

Kevin claims to be no expert. However the guest that he has on his show are some of the best in the business. I have been exposed to so many great resources through his show. One of my favorite episodes is #18 with Dan Infalt of the Hunting Beast. This guy can be viewed as somewhat unorthodox. He talked a lot about hunting swamp bucks, finding their bedding areas, and getting in close to kill them. The exact opposite of what I have been doing. Maybe that’s what attracted me to that style of hunting.

Most people will say don’t get close to a bedding area. If one were planning to hunt the same piece of land every weekend all year… then it probably is a terrible idea. Certainly scaring all of the deer out of their bedding area over and over isn’t a good thing in that situation. However, that was not my plan at all. I wanted to get out and cover a lot of new ground, see and learn new things, and get some excitement back in my hunting life.

The first week of bow season, I hunted 4 different spots. The first night I set up on my 10 acre lot I purchase last year. It’s the same property my house sits on, and the back of the property borders a swamp. I only have one stand out there, but the wind wasn’t right. So I dug out my old crappy climbing stand to set up somewhere else. I didn’t see anything, but I did try something new. That’s a win.

There are several state game lands in my area. Dan Infalt talks a lot about post season scouting for bedding areas. Then he hunts them the following seasons. While I did do some scouting during small game season, I didn’t exactly locate a lot of bedding areas. I didn’t really look that hard I must admit. I almost talked myself into waiting until next year to scout these areas. Then I decided why wait. Why not get out there and try to do some observations of suspected bedding areas. You can only learn so much from a podcast or reading things online. I did some scouting using aerial maps and headed in. My next three nights would be on public land.

My first night was a total bust. I went in to set up near a swamp to find there were no good trees anywhere to put my climbing stand in. So I set up in some hardwoods between 2 thickets hoping to get lucky and find a deer coming out of one of them. What I did learn is how different types of trees look like on an aerial map. If I knew then, what I know now, I would have recognized that lack of trees available for a climbing tree stand.

My second night in the tree, I set up along a good size swamp 150 yards to my left, and a big patch of white oaks to my right. I had the river at my back, and the wind blowing right in my face and slightly to the right. The spot was beautiful. The way the river wrapped around behind me and down a steep ridge was picturesque to say the least. I watched wood ducks swimming up and down the river to a backdrop of maples, in their full autumn colors, ranging from green to yellow to orange to red.

My hope was that a deer would come out of the swamp bedding to eat some acorns, which I stepped on during my walk in. I didn’t see any deer. It probably didn’t help that it was almost 80 degrees.

My third night, I trekked into another swamp area. I set up on a ridge overlooking a thick cattail and tag alder swamp. I could see what looked like a well-used deer trail leading down the ridge and into the swamp. The ground was too hard and dry for me to see any tracks. The swamp edge was about 70 yards away. This hunt I decided to push a bit closer to my suspected bedding area. If they were going to move before dark, they wouldn’t move far. I was confident that there had to be deer in there, but would I see any?

It was again in the mid-70s. Not ideal for getting deer on their feet early in the evening. Yet I was close enough to the swamp that I would see anything that traveled 50 yards in my direction. About 150 yards in front of my stand there was a pond on the other side of the cattails. I felt confident that if there were deer bedding in the swamp they would move towards my stand rather than towards the water.

The kind of swamp buck Dan Infalt of the Hunting Beast is talking about. Harvested by Jordan Kurkowski.

I sat and waited. The wind that provided me with some noise cover while setting up died down to almost nothing. I was nervous about the wind shifting and blowing my scent into the swamp. Checking every 10 to 15 minutes with milkweed, I could tell the wind was still slightly blowing away from the swamp.

In the pond there were a group of wood ducks chattering on and on, splashing around, and involved in what sounded like a fight of some kind. Everything else was still, I could hear squirrels on the ground 100 yards away. I knew if a deer were to get up and start walking I could hear it.

The one spot that I could tell was well traveled by deer, or at least some kind of animal, was fairly open leading into the swamp. I felt like that is where I would see a deer if I saw anything. A scanned the entire area periodically, but my focus always came back to this spot.

Then suddenly a loud crash. As if I had manifested a deer appearing, there he was right where I expected. He stood there looking all around. Not overly alert or spooked, but checking his surroundings. Not a large buck, but big for his age. A year and a half 6 point already just outside the ears. I was more excited to see that deer than I have been to see a deer in a long time.

It wasn’t a deer I wanted to shoot, but it was a huge victory for me. I spent hours looking at maps, finding these areas, and hunting them according to the wind. Usually my planning consists of getting to the property I hunt, getting out of the truck and seeing which way the wind is blowing, then choosing the best of my 2-3 stands I have up. I am no swamp buck hunting expert, but I plan to be someday. This is the first step of many.

I waited until he was far off, and it was dark before I made my climb down. Right as I was at the base of the tree, coyotes lit up the night with loud yips and howls, maybe 100 yards from me. I had a long walk back to where I parked, not necessarily scared, but definitely on high alert. For the first time in years, I felt like I was on an adventure. The feeling I had as a young hunter. I had new questions that needed answered, and more hunts ahead to be truly excited about!