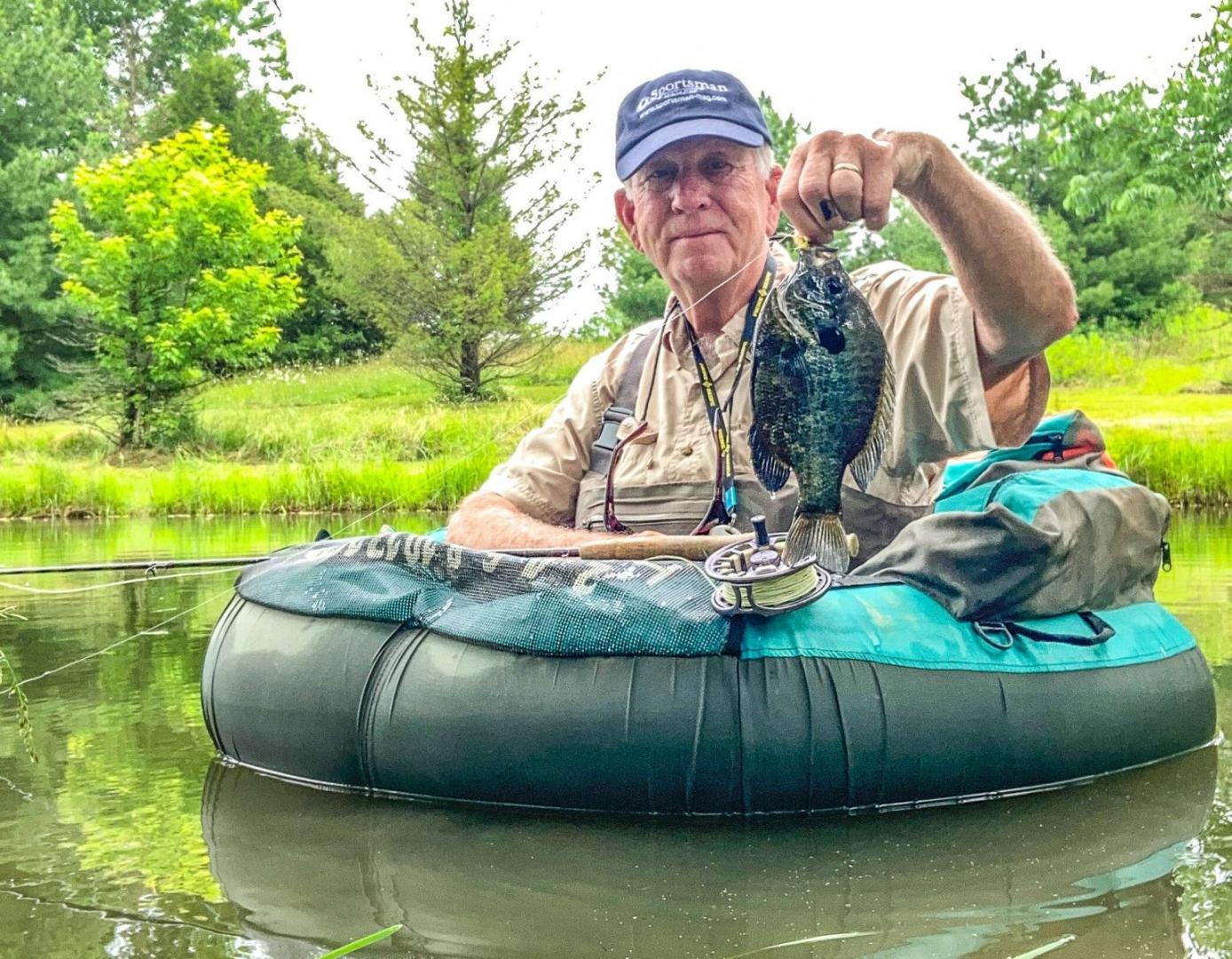 How to catch bluegills on the bed

Catching any fish under twelve inches long usually isn’t worth my time. There are a few exceptions however and bluegill are one of them. Pound for pound they fight like a tiger and are second to none when it comes to table fare.

Most of the year giant bluegill can be difficult to catch. Thankfully late spring and early summer offer an exception. This time of year trophy sized gills are going through their mating ritual and aggressively feed while producing next year’s crop of offspring.

Spring is about the only time I target bluegills. After they are done spawning and return to deeper, cooler water I’m pretty much done with them. I may catch a few while bass fishing but chasing them in deep water doesn’t interest me.

As soon as I spot a few beds I head for my favorite farm pond; a beautiful little gem about two acres in size. The bass fishing in this pond is average at best. It’s the home of way too many twelve-inchers. But the bluegill, now that’s a different story. Over the years I’ve noticed that small ponds seldom produce big bass and big bluegill.

Every spring I look forward to heading southeast with my fly rods and belly boats packed in my truck. Belly boats is plural. I own one for myself and I loan one to whoever fishes with me. Since I fly fish all of the time I like an unobstructed back cast. The belly boat provides that plus great maneuverability. If there is a drawback it’s that they are not puncture proof. On far too many occasions I’ve had fish poke a hole in my boat with their dorsal fin. You won’t notice it right away but soon you’ll get that sinking feeling.

Spawning bluegills are easy to spot. The beds will be in shallow water. You’ll see numerous, clean circles of gravel congregated together. At times you can even smell them.

Taking bluegill from their spawning bed is a bit controversial. Some anglers say never. Others say it’s a valuable tool for population control. I’m somewhere in the middle. I don’t think I’ve ever caused any harm by taking a few fish home to eat. What I don’t do is beat up on them day after day. Once I’ve captured my dinner I leave them alone to reproduce in peace.

I haven’t caught gills off of the beds with anything but a fly rod since I was a child. I have friends that use live crickets under a bobber and do quite well. Others use grubs or meal worms.

Spawning bluegill bring out the amateur fly fishermen. I know anglers that fish once or twice a year with a fly rod and it’s always during bluegill spawning season. The great thing about fishing for gills with a fly rod is you don’t have to be an accomplished fly fisherman to be successful. Any sloppy cast will do so long as the fly lands close to a spawning bed.

There is one rule that I always follow to increase my daily catch. Fish to the closest bluegill first. When I’m sitting in my belly boat I always cast to the fish closest to me. By doing so I don’t disturb the rest of the spawners and I can pick them off one after the other.

Last year I took a friend of mine with me that was just learning how to fly fish. Bluegill beds are a great classroom to learn the basics of fly fishing. Beginners quickly learn how to set the hook and land the fish. My buddy learned more about fly fishing in two hours than he would have learned by watching YouTube for a week.

For bluegill fishing I like a long fly rod. A long rod keeps your back cast high while sitting low in the water. I wouldn’t recommend anything shorter than eight and a half feet. A five weight rod is perfect for bluegill. Pair it with a floating line and you’re ready to go.

You don’t have to use a tapered leader but I would highly suggest it. A tapered leader will straighten out better making your cast more accurate. Most anglers use a seven and a half foot tapered leader. The leader is tapered to around six pound test on the narrow end. You should attach two feet of six pound mono to the end of your tapered leader. This may sound a little complicated to the non-fly fisherman. If that’s you check out fly fishing leaders on YouTube for visual instruction.

Bluegill flies can be as simple or as complicated as you want to make them. You can use expensive trout flies or you can fish with a rubber spider. I always opt for the spider or a small popper. Anything that floats and looks like a bug will do. Occasionally bluegill are hesitant to hit top water offerings. In this situation try a size ten or twelve woolly bugger.

Last but not least, take good care of your fish. I see people dragging dead fish around on a stringer all day and wonder why their fish don’t taste good. When I head out to bluegill fish I always take a cooler full of ice. It’s important to ice them while they're still flopping. I take great care to keep them alive until I can put them on ice. Fillet your fish as soon as you return home.

It’s hard to beat deep fried bluegill, so that’s how I cook them. First I roll them in a mixture of egg and milk. Then I bread them with crushed Townhouse Crackers before dropping them in 325 degree oil.

Everyone knows walleye are great tasting fish but I’m not sure I’d trade them for a platter of delicious deep fried bluegill.