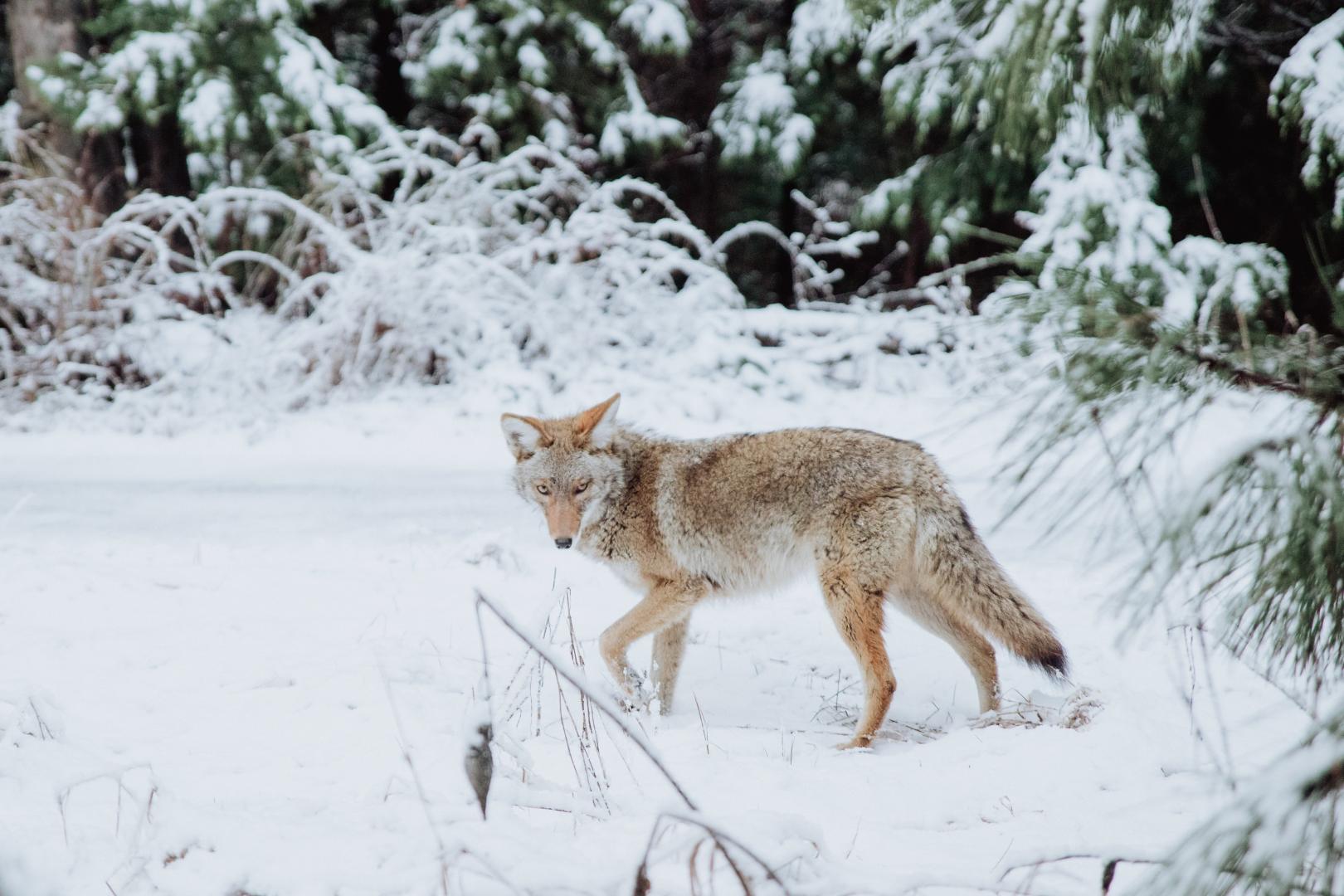 If you hunt deer, you've probably thought about coyote hunting. Recent studies have shown that coyote predation has a larger impact on spring fawns that previously thought. Increased use of trail cameras, and hunters taking video cameras into the field, offer more evidence of coyote predation. Coyotes don't focus only on the young or sick prey. Healthy adult deer are often targeted and killed by coyotes. Hunting coyotes continues to be the best tool for managing this increasingly impactful predator.

While coyote numbers are as high in Indiana now as they have ever been, hunting coyotes is still gaining popularity. Coyote hunting sometimes struggles to retain participants as the wary predators don't make themselves easy targets. Fruitless hunts can be frustrating, and unlike deer hunting, coyote hunting doesn't get the scouting focus it often requires. Now is the time to put the odds in your favor, so when deer season comes to an end, you can have a successful predator season.

Range time. Take advantage of the weather we are enjoying and get some time behind the trigger of the rifle you plan to use for coyotes this winter. Coyotes are wary, and even when decoyed or called they can hang up at distances that challenge skilled shooters. Coyote hunting demands a focus on marksmanship. Spend time shooting at distances beyond the furthest shot you expect. Building confidence at these distances now will make taking longer shots in a driving snow less daunting.

Keep notes. Few people spend as much time the woods more than they do during deer season. Take this time to make notes of coyote movement you see during deer season. Many hunters take opportunistic shots at coyotes during deer season, but when no shot presents itself, log the sighting, and study patterns. Coyotes, like deer, are creatures of habit. They have preferred areas to hunt, and travel corridors from one den to another. Knowing these tendencies will make for more productive sits in the dead of winter.

Study the language. Coyotes are vocal animals, and coyote hunting can be an interactive venture. Understanding the difference between a locator call and a challenge bark can be the difference between bringing a coyote into your set, or running it into the next county. Even if you don't plan to call, knowing how to interpret what you are hearing is vital for accurately assessing the situation. There are numerous websites that offer tutorials on coyote vocalizations.

Talk to landowners. If you hunt property that isn't yours, talk to the people that live closest to it. Because coyotes are so vocal, people know when they are around. Speak with the landowners. Ask them if they have seen coyotes in the area, or heard them in the evening. Focus your efforts in areas where they have been seen or heard.

Don't overlook this time to prepare for coyote hunting this winter. Use your time in the field to scout for sign and establish patterns. By spring, the deer herd will be glad you took the time to do some coyote hunting.