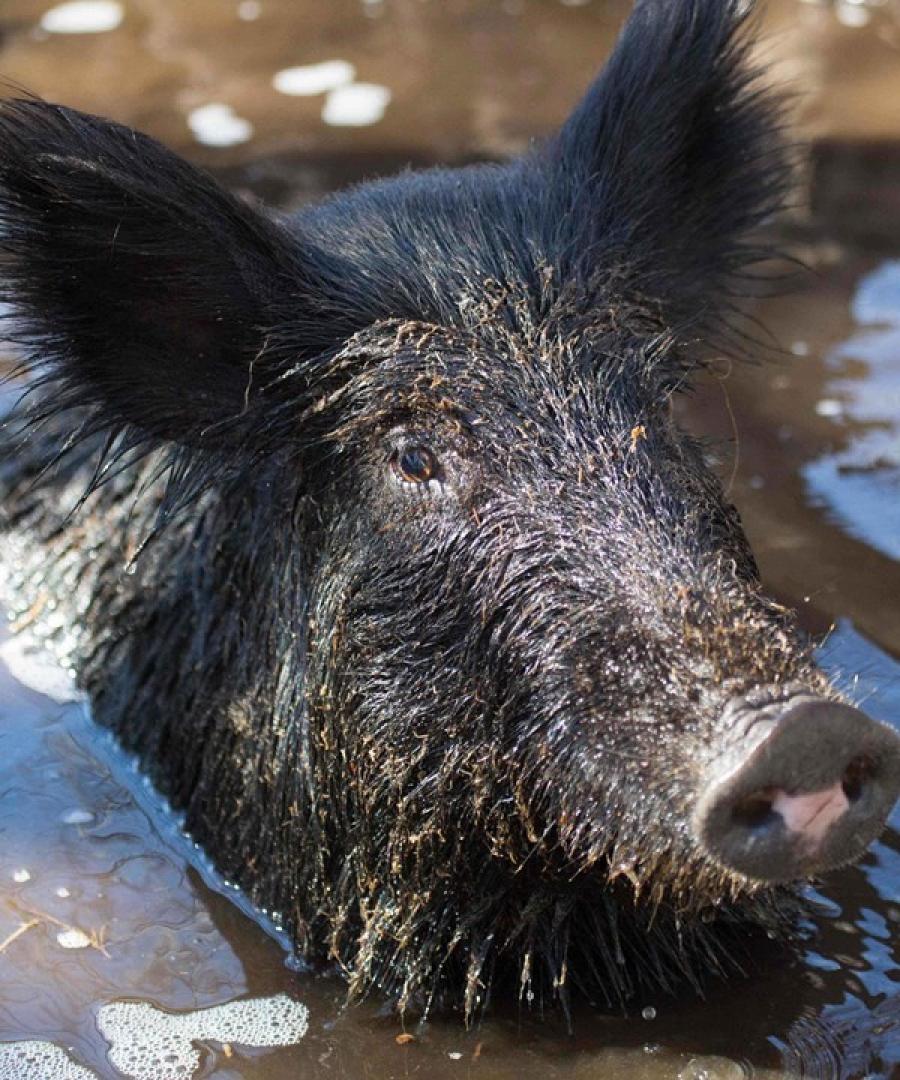 Feral hogs have made mainstream news headlines for some time now given their exploding numbers and destruction of habitat and suburban yards. As if there weren’t enough reasons already to hunt these feral critters—fun to hunt, hunt virtually anytime, great to eat, and need to stop their destructive spread—add another reason: they’re contributing to global warming. While cars, and even according to the United Nations, livestock, are blamed for generating large quantities of greenhouse gases, a large emitter of CO2 sits inconspicuously outside of the conversation—feral hogs.

Between the United States and Australia there is an estimated 30 million feral swine roaming free, according to the USDA and Queensland government.

The University of Queensland released a statement a few weeks ago, saying that the world’s swine population is emitting CO2 at an amount similar to 1.1 million cars. And unlike the world’s cow population, these hogs serve virtually no purpose to their environment.

Feral swine is an invasive species, which was brought over to the Americas sometime in the 16th century. Early settlers and explorers brought the hogs over as a source of food supply. Some of the hogs escaped and, being a non-native species, began to multiply exponentially. With a lack of natural predators, the feral swine population grew unchecked and to this day continues to expand with no sign of slowing down.

Any invasive species can have some rather adverse effects on the environment. Feral swine are no exception. Being omnivores, the hogs eat anything and everything that can fit in their mouths. Feral hogs are known to decimate farm fields and uproot forests. Most mature feral hogs are a few hundred pounds and can be six feet in length, though they can grow to be much larger. One hog in Alabama was measured to be 1,051 pounds.

Feral hogs’ large stature and belligerent behavior have made the animal a powerful force to mitigate. Despite their size, they can be quite elusive and difficult to trap or poison. In most states, feral hogs are labeled nuisances, similar to coyotes. Though it can vary state to state, in most places there is no limit to the amount of hogs a hunter can shoot and they can be hunted day or night and 365 days a year. In some of the country’s hotspots, landowners have even been known to pay people to come and trap or remove through hunting as many feral hogs as possible.

Hunters remain the best and most obvious solution to resisting the unstoppable wave of hogs that is spreading deeper and deeper across America. With problems like the feral hog population, CWD and even the overpopulation of deer in some areas, who else except hunters are on the front lines tackling these issues?

Hunters will pay to hunt such animals rather than taking on the cost of professional trappers to remove them, their meat could be used to feed thousands, and in removing or reducing the number of wild hogs, overutilized areas can see balance restored to their environments since feral hogs threaten both plant and animal species—some even endangered—wherever they roam.

If nothing else, the next time you are looking through a scope settling the crosshairs just behind the shoulder of a 100-plus-pound porker, besides dreaming of bacon, you can also feel good about your role in protecting the environment.