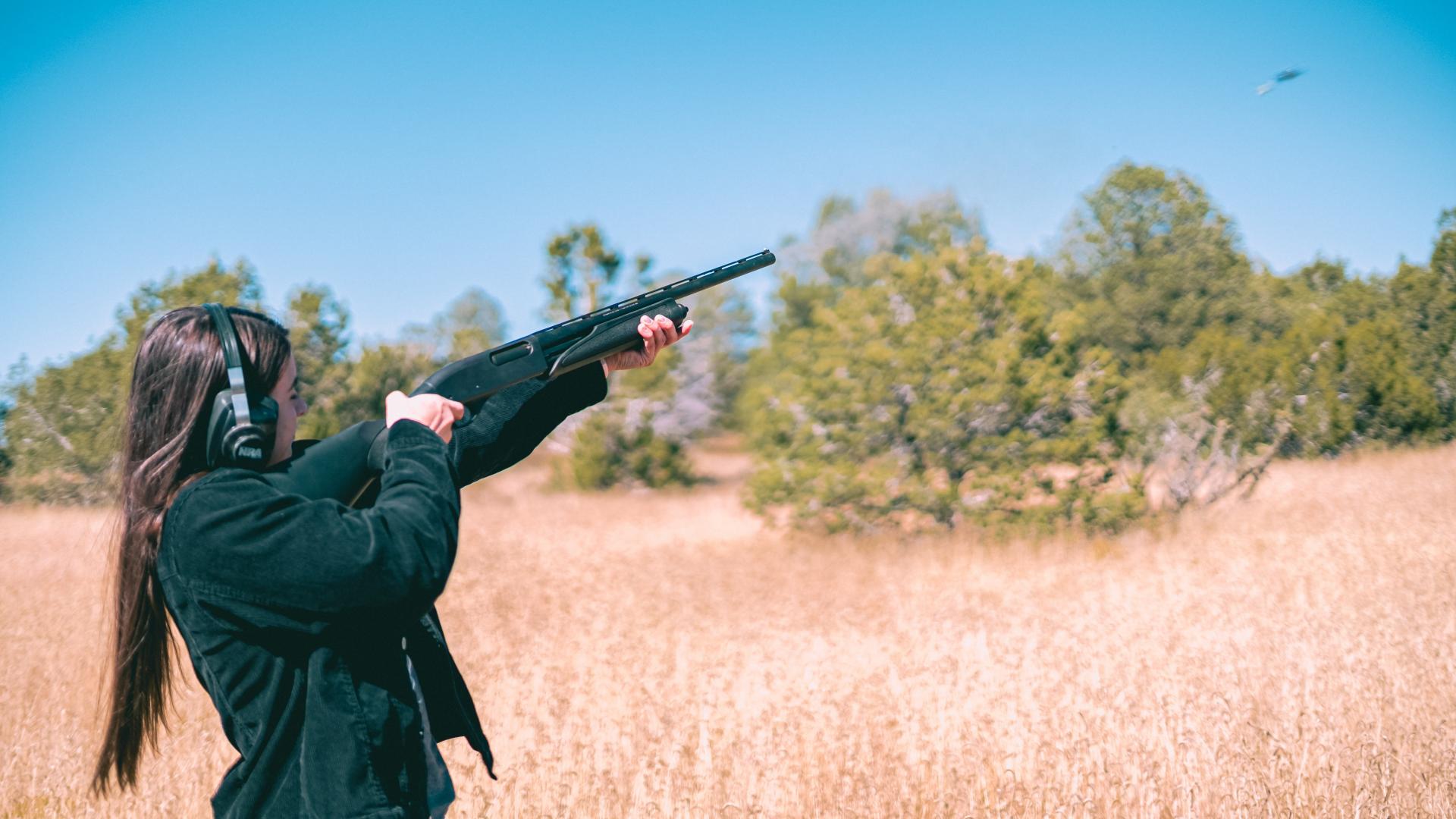 Shotguns are different from rifles or muskets in that they fire multiple projectiles; most people know that. A rifle fires a single bullet each time the trigger is pulled. When a shotgunner pulls the trigger great bunches of pellets fly out the end of the muzzle. The pellets are actually round balls of lead, steel or other metal. Think BBs from a BB gun with the orbs varying in size, larger or smaller as needed.

How much larger or smaller? That depends.... “Buckshot” shotgun loads may only have the amount of pellets you can count on your fingers or fingers and toes. The number of projectiles in birdshot loads depends on the type of birds the shotgunner is planning to shoot. Generally speaking, the larger the bird, the larger the pellet. Goose hunters may load their guns with shells containing just over a hundred pieces of shot. Quail and dove hunters will likely choose shotshells with four or five times that number.

The earliest shotguns had barrels which were basically straight pipes. The diameter of the barrel just ahead of the breech was the same as at the muzzle. There’s nothing wrong with that. I’ve hunted with shotguns like that.

Except guns straight cylinder barrels are best used for targets presented at extremely short range. When the charge of shot exits the barrel, some of the pellets fly pretty well straight, others tend to fly high, low, left or right. Put this newspaper on a fence 20 yards away, shoot it with a “straight-pipe” (called cylinder-bore) shotgun and the shot will perforate the paper corner to corner. Thus the nickname, scatter-gun, for such shotguns.

With a garden hose, the amount of restriction determines the width of the spray pattern. The same thing happens in a shotgun barrel. The restriction at the end of the barrel is called “choke.” A straight cylinder - no choke - throws a wide pattern, great for close in shooting. A slight restriction, called improved cylinder tightens the pattern a little, a medium restriction called modified choke, tightens the pattern even more and a gun with a full choke squeezes the shot even more.

Make a target out of a couple more pages of this paper. Shoot one with a full choke gun at 20 yards, shoot another with the same choke at 40 yards. At twenty yards, only the center of the page will have any holes. At 40 yards, the paper will look similar to the page shot with the straight cylinder at 20 yards, with pellets covering the entire sheet.

It used to be a fairly simple choice for shotgunners. Nowadays it’s very complicated.

When I started shooting shotguns the choke in the barrel was machined in place. Now, most shotguns come with interchangeable choke tubes and are not limited to improved, modified and full chokes. There are tubes marked extra-full, turkey, improved-modified and others, each featuring a slightly different amount of constriction.

Couple this with various types of shot now commonly fired from shotshells. Many are still loaded with lead pellets, but shells loaded with steel shot are almost as common, as well as shells loaded with tungsten, or other metal alloys. Each type of shot reacts differently when it squirts down a barrel and is squeezed by the choke at the muzzle.

It behooves a target shooter or hunter to know how his or her shotgun behaves. The only way find out is to fire some test patterns to see how the gun, choke tube and choice of shotshell interact. Go to a range or other safe area with newspapers or other targets and experiment with chokes and various shotshells to find out which combination of shotshell and choke works best for you at the distance the targets or game you expected to shoot will be when the trigger is pulled.