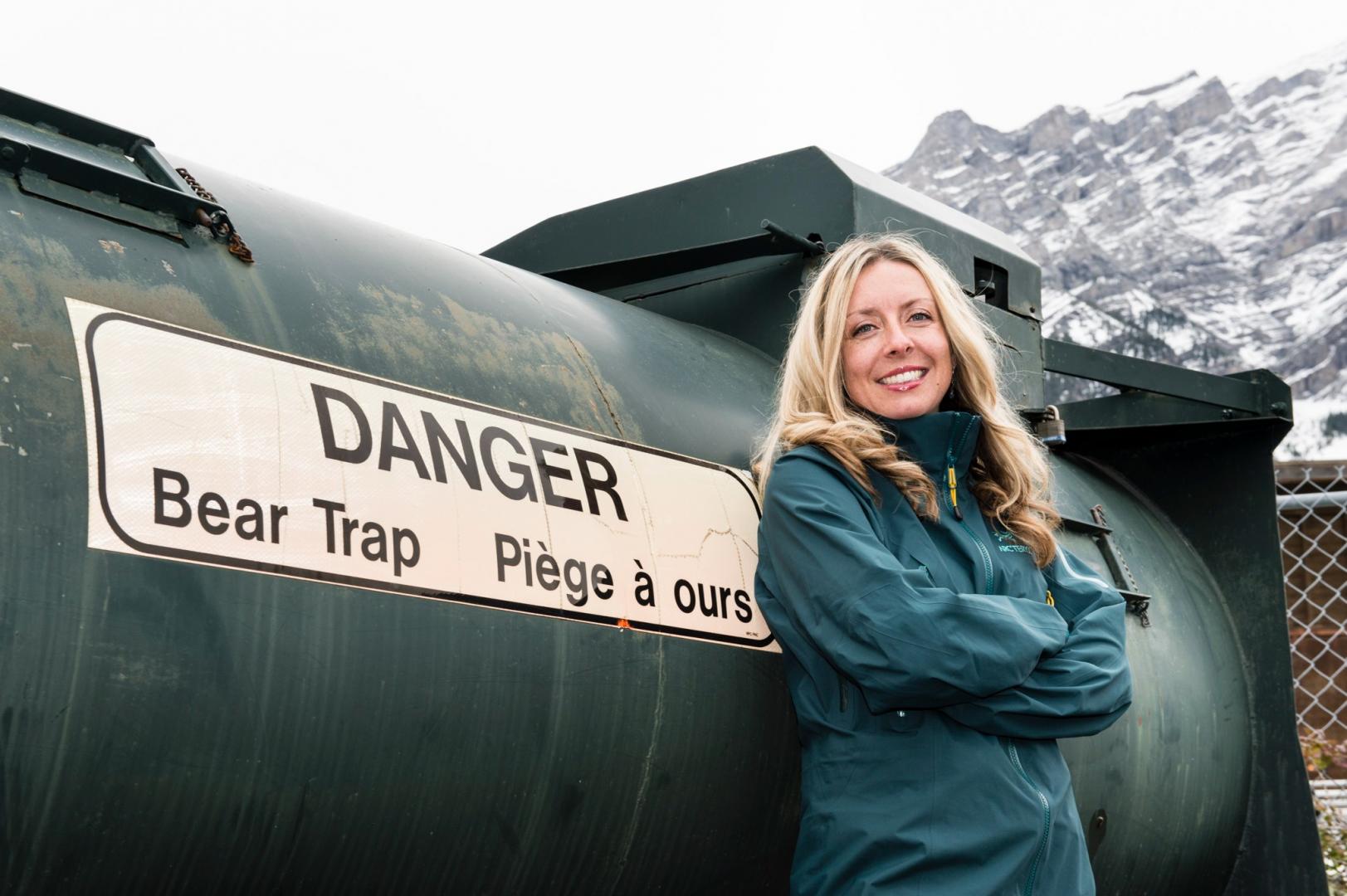 Kim Titchener began working with black bears and grizzlies at Banff National Park while attending university. Her lifetime experience has been critical in providing vital information to improve bear safety. From personal accounts from friends and survivors of bear attacks to immediate response to fatal bear incidents in the town where she lived, Kim is passionate about helping everyone enjoy the outdoors and do so safely.

In 2012, she started her own consulting business called Bear Safety and More (www.bearsafety.com), educating industry entities in both Canada and the United States. Wanting to do more to ensure everyone was knowledgeable and safe, Kim also launched Rec Safe With Wildlife (www.recsafewithwildlife.com) as both a public repository of bear safety resources and a platform to offer free bear safety classes on Instagram and Zoom each week.

After last year’s unfortunate volume of fatal bear encounters, Kim is even more committed to sharing her knowledge in an effort to try to prevent as many fatal encounters as possible.

This commitment was shared by iSportsman after learning of the recent tragedy at Joint Base Elmendorf Richardson (JBER) where 30-year-old Staff Sgt. Seth Michael Plant lost his life after being attacked by a brown bear May 10. Plant was working in a JBER training area with a fellow soldier marking a training area when the attack occurred. The other solder suffered only minor injuries. The brown bear was believed to be a sow with two cubs. Plant succumbed to his injuries at JBER hospital on May 12th. The incident is currently under investigation according to a press release by JBER.

While there are some environmental factors that contribute to more frequent bear encounters, Kim is certain the rise is mostly due to an influx of people in bear territory. Between population growth and the increased popularity of outdoor recreation due to COVID-19, humans are spending more time in bear habitat.

This fact doesn’t have to lead to tragedy for either the people involved or the bears. According to Kim, it's important to be proactive about encounters while traversing in areas known to harbor bear populations. And while this can and should require some additional gear—such as firearms, and most importantly bear spray, Kim said everyone is already equipped with the most powerful tool to deter a dangerous encounter.

“The number one thing that I always like to tell people is that the most valuable deterrent we have, that doesn’t cost anything, is our voice. It’s the number one bear deterrent in the world,” says Kim.

By this she means making noise every couple of minutes, while traveling through an area. This allows bears nearby to know you’re coming, you’re human, and most importantly, your intentions don’t entail ambush. This tactic gives the large carnivores the opportunity to move away from you and eliminate accidental surprise, which can lead to a reflexive, defensive response.

Watch for signs of bear activity. Look for scat, tracks, digging, overturned rocks or logs; if you smell a dead animal or find a mound of dirt and grass that turns out to be a buried carcass, this can all indicate bears close by. Bears come out of hibernation in early spring, and female grizzlies will stay in their dens longer with cubs waiting for adequate food sources to be available.

While noise is a great first step, there is also strength in numbers.

“We find that people who are in groups of four or more tend to not get attacked by bears,” says Kim, “It’s the smaller group sizes, where people are by themselves or with one other person that are more likely to get attacked.”

Group size is beneficial simply because larger groups tend to generate more noise. Kim says there is also a chance that lone humans can be perceived as vulnerable prey.

“If you find yourself in an encounter with them, you need to let them know that your intention is not to eat their one-week-old moose carcass, not to eat their little cubs or kill them; you need to be submissive and start backing off and giving them space,” Kim says. “Don’t yell or scream. Start backing off and giving them the space that they need so they understand that this was an accidental encounter.”

While this may sound at odds with advice commonly given in grizzly country, it is the best first step. Should a bear begin continuing to approach you, at that point, you should start making noise, making yourself look bigger by raising your arms and trying to scare the bear way.

When that doesn’t work, you need to be prepared. This is were bear spray and firearms come into play. Surprisingly bear spray is typically more efficient in this case. Since most bear attacks happen at close range and rather quickly, discharging a firearm in self-defense becomes complicated.

Not to mention, those who find themselves in bear country with a firearm ready for use tend to be quieter than say, a hiker who is not hunting, making surprise encounters more likely.

Kim says, hands-down, bear spray is the most effective tool to use in emergency situations. A study on the efficacy of bear deterrent spray in Alaska found that when comparing cases of bear encounters, including black bears, grizzlies and even a handful of polar bears, 98% of those who used bear spray survived the encounter uninjured. That compares to a study on the use of firearms for bear defense in Alaska, which found no significant difference in survival rates when firearms were used versus not used at all.

The key to using bear spray efficiently, however, is deploying the spray before the attack begins.

“You have to have [bear spray] physically on your body, so you can grab it and use it before the bear makes contact,” says Kim.

For more information on bear safety, or to reach out to Kim Titchener for her knowledge and services, please visit www.bearsafety.com or www.recsafewithwildlife.com or email Kim directly at [email protected] .