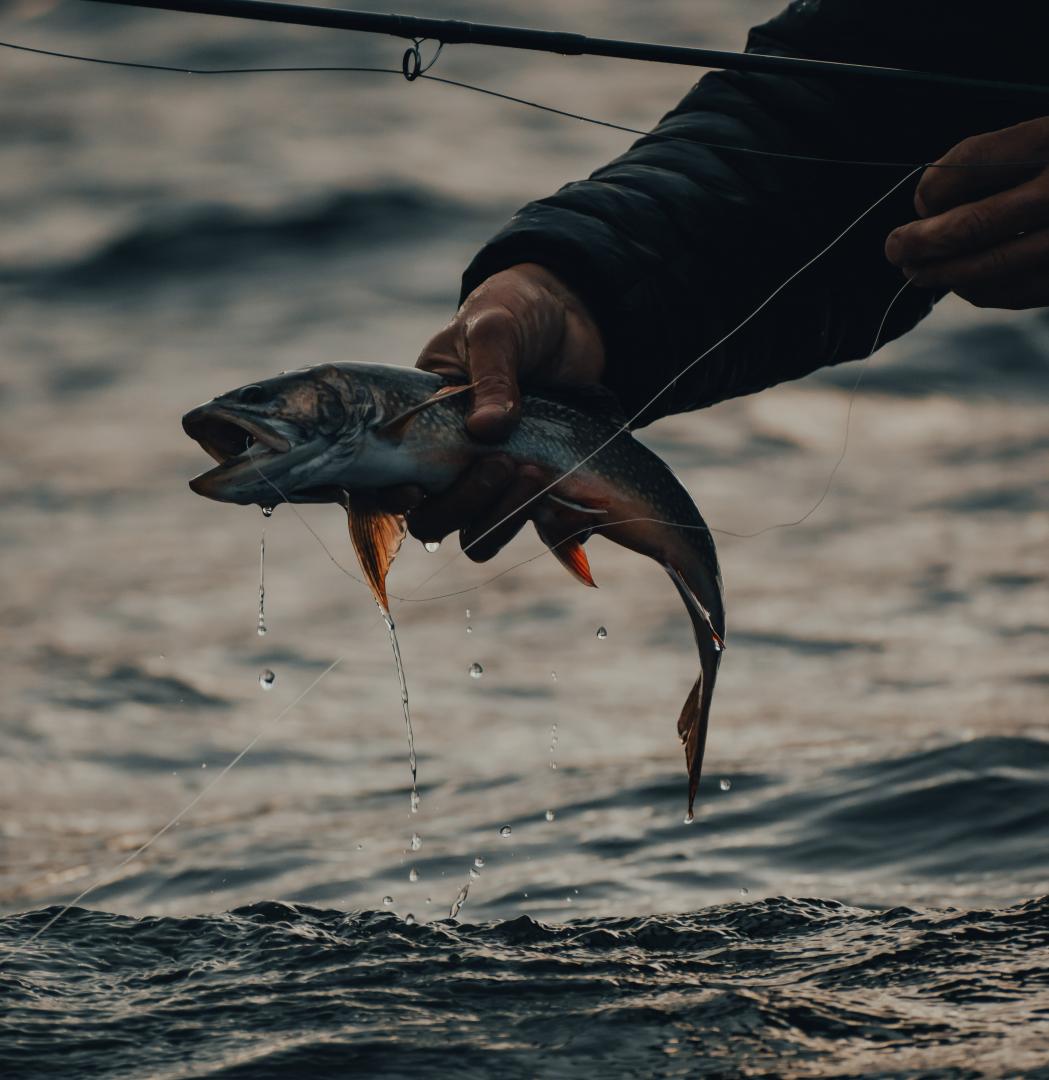 The common complaint used to be, “Oh rats! I forgot to bring the camera.” Almost as common a complaint was, “I’m out of film.” At least with fewer fishing photos there were fewer crummy fishing photos.

That has changed in our modern, cyber-society. Who doesn’t have a phone in pocket capable of snapping a photo? Anytime, anywhere, with or without a cell-signal, pull out the ‘droid or I-product and click away. Click twice, three or four times or a thousand. How many photos will fit on one of those devices, anyway? I don’t know.

But in the long run one thing remains consistent. Most of the fish pictures are still crummy! Catch a fish, grip it, hold it towards the camera so it looks bigger than it is, smile and click. You’ve become the subject of a crummy fish picture. At best (or worst - depending on the point of view) you’ll be able to identify the fish and the fisherman.

Want a fish photo worse than the “grip and grin?” How about two, three or more anglers holding two, three or even a dozen, obviously dead victims. “It was mass-murder, your honor!”

By now you see the problem. Here are some solutions.

I’m not a professional photographer. I’ve taken a few really neat fish photos. I’ve taken many, many more crummy fish photos. I’m proof anyone can occasionally snap-a-pic worthy of seeing or even allowing others to see by following a few tips.

Tip 1: A phone can take a really nice photo. But phones are multi-taskers and don’t do things as quickly, easily, reliably or as well as a camera. Maybe phones are every bit as capable as a digital camera but when someone is holding a flopping fish in front of me it’s hard to quickly remember what sequence of spots to touch on the screen to change the camera settings. I just touch the “click” spot and hope for the best. If possible, use a camera.

Tip 3: Sometimes natural lighting is perfect and a really good photo can be obtained using only the light from the sun. Professional photographers rarely rely on natural lighting. The least you can do is learn to make your camera or phone flash for every photo. Go back to Tip #2 and take some pictures with, some without the flash.

Tip 4: Learn the zoom features on cameras and crop feature on a phone. Most cameras have optical (mechanical) zooms. This means the lens actually moves in or out. Use it to pull the subject matter in close. Phones have purely digital zooms. As long as you know how to crop a phone-picture, there’s no increase in picture quality garnered by zooming. Almost every photo I put in this paper, on Facebook or otherwise save for posterity is cropped to some extent.

Tip 5: Good fish photos show action. Live action is great; posed action is easier and often produces better results. Show the fish being landed or netted, lifted from the net, being unhooked, being kissed, being photographed, being released, being put into the cooler or on the stringer, being cooked.... Each of these things are active and tell a story.

Make all your fish pictures ones you’ll love to see, want to save and be proud to show off.