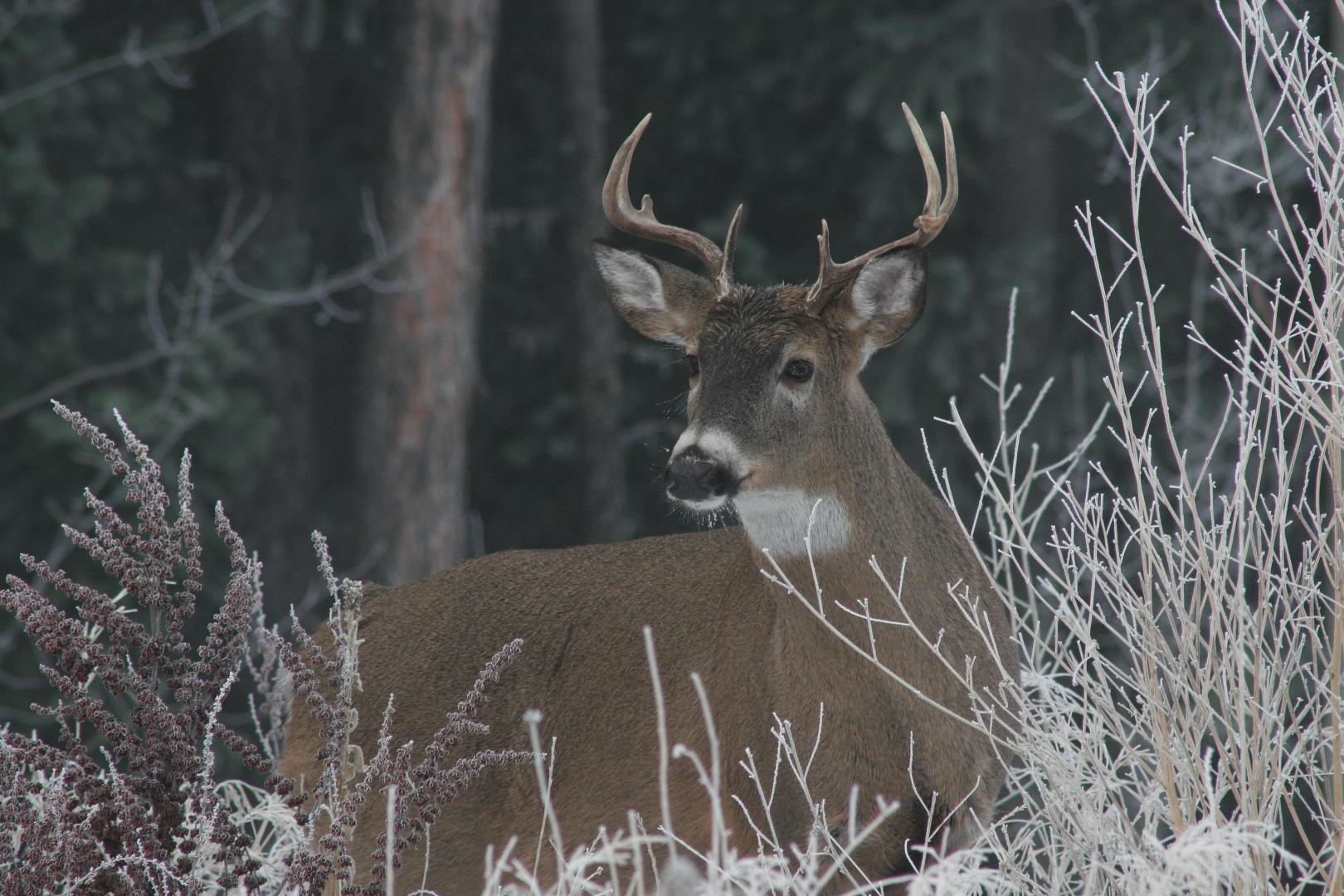 Anyone can shoot a deer. Mike Schoonveld tells you how an expert doesn't!

I once wrote a column in which I documented the multitude of methods hunters can use to miss the doves at which they are shooting. I showed how shooting high, low or with less than the proper forward allowance would insure a good pile of empty shell scattered about an expert miss-er's shooting position and thus a successful hunt.

A deer hunter stopped me shortly after that column was published and asked if I could write a similar article about how to miss deer. I told him, "No, I can't."

You see, dove hunters are supposed to miss their targets most of the time. That's not the case with deer hunting. The sport of deer hunting is to get within range of a deer--not the actual shooting of the animal. Once a hunter succeeds in getting close, making the shot should be simple.

That's true. But because the actual shooting of the deer isn't the fun of deer hunting and since the limit on deer is usually quite low, when a hunter shoots a deer, the fun is over. That means that if a hunter misses his shot, the fun just keeps going on and on.

Therefore deer hunters need to miss the deer at which they shoot on a regular basis or they will soon become disappointed, even remorseful about the animal they took. Deer hunters take heart. Though deer are easy enough to hit with either a bow, rifle, shotgun or muzzleloader, the true sport of deer hunting lies in not shooting a deer and believe me, there are plenty of ways to not shoot a deer. Here are just a few.

Since deer are easy targets, the most common way of not tagging a deer has nothing to do with shooting. Don't shoot and you won't get a deer. The fun, however, comes from inventive ways of not having to pull the trigger. Remember, just as with missing doves, there are simple ways to not bag a deer and others better left for seasoned veterans. For instance, anyone can leave their stand too early.

A common ploy is to be in a stand before dawn. Then the wait begins. An hour passes. Enthusiasm wanes. Ideas for better things to do wander through the hunter's mind until the impulse to leave becomes overwhelming. Seconds after climbing down, a snort is heard, a whitetail-flag is spotted, the deer scampers to safety. Another 5 minutes in the stand and the quarry would have been in range. Anyone can do it.

It takes more skill to screw-up once the deer is actually in shooting range. Overconfident veterans do it by waiting for the deer to come even closer or present a clearer shooting opportunity. Instead, it darts off to safety.

Once this happens a couple times it's easy to overcompensate and shoot too soon. Instead of waiting for a perfect opportunity, the potential deer-slayer pokes a futile shot and misses.

Veteran hunters know deer are psychic. There's no way to overcome this, but it does present a plethora of opportunities to fail to get a deer. Deer know and often come a-running (and just as quickly leave) anytime a hunter puts down their gun or bow to answer a call of nature.

The more serious the call, the greater the certainty this is going to happen. Deer can also psychically detect, and are actually attracted to, sleeping hunters. Each season, thousands of hunters wake up from surreptitious naps to find a deer curiously watching them snooze. Such a ploy rarely results in the hunter getting a shot and even those that do manage to discharge their weapon usually miss.

Most hunters erect more than one stand. They'll hunt one in the morning, the other in the afternoon or pick their stand depending on the wind. Especially when the stands are in sight of one another--picking the wrong stand from which to hunt is a favored way to fail. Sit in Stand A and you can bet the deer will spend the morning feeding under Stand B. Switch stands on the next hunt and be assured the deer will switch, as well.

An even surer way of picking the wrong stand is to invite a hunting buddy to use your alternate location. The deer are sure to come to your friend forcing him to pick one of the other methods of failing to bag the buck.

Amateurs should keep things simple. If you are archery hunting, shoot a twig. If you are gun hunting, pick a larger tree to shoot instead of the deer. Don't try "shaving the buck" until you are a seasoned master. These guys can actually put a bullet or an arrow so close to the deer that they shave hair off the animal without drawing any blood. Then they bring the hair back to camp to show off how good they are.

I generally take it to the most simple excuse possible. When I go deer hunting, I often manage to not even see a deer. That way I don't have to take any chances with my projectile actually penetrating a deer's hide.

I know it seems hard at first, but rest assured, as you gain experience, you'll gain confidence in your ability to go deer hunting and never get your buck.