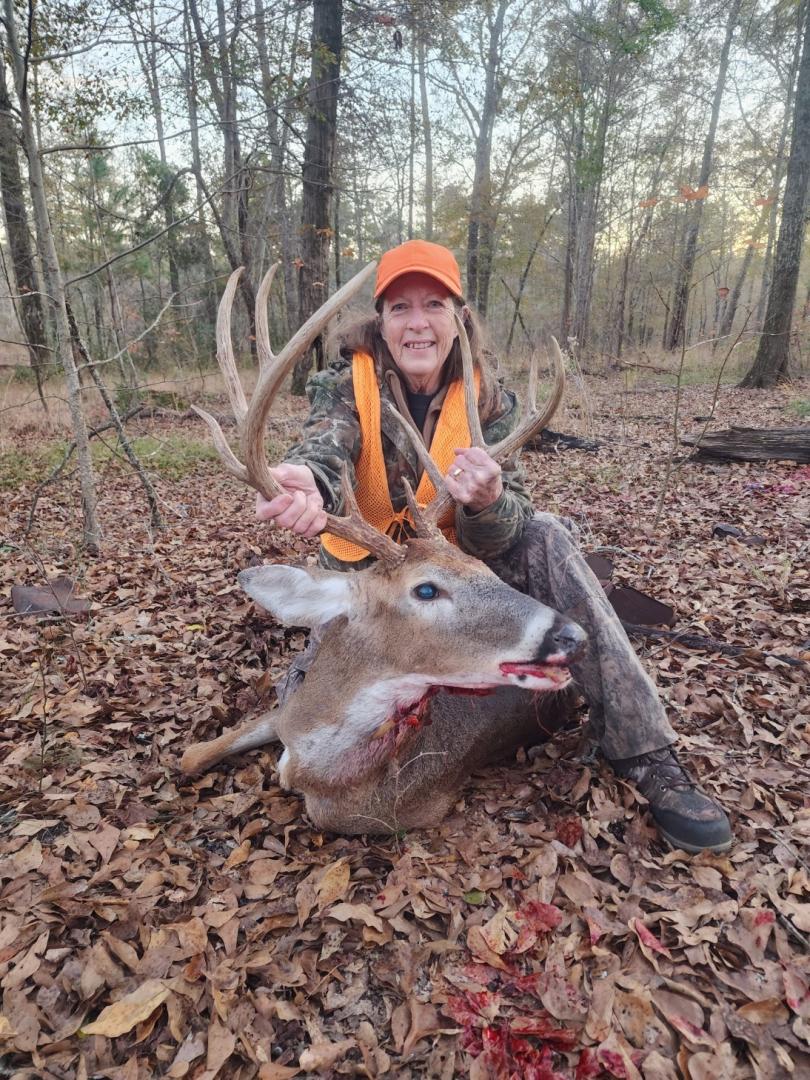 A Ten Pointer at Fort Benning: How to Have Fun After Retirement

Don Maulden and his wife Elizabeth have been hunting together for over thirty years. Don is a veteran who served for twenty-three years; anytime he was off duty he would go hunting, and Elizabeth went with him. She originally started just to spend more time with her husband but hunting quickly became one of her lifelong passions too.

Don and Elizabeth are both retired now, with plenty of time to hunt together to their heart’s desire. It’s something they love to do, and it brings them closer.

Don explains, “There’s life after retirement. There’s no law that says you gotta work ‘til you die.”

Now, Don and Elizabeth hunt four to five days a week, trying to get out whenever they can. Don will hunt pretty much anything that’s in season, while Elizabeth is a bit more selective and primarily hunts deer and wild hog. Hunting was particularly important to them during the COVID lockdowns, when there were limited options to leave the house.

Don said, “The outdoors was really the only place we could go to avoid the insanity.” They used their passion and joy for hunting to stay active and sane during the worst of the pandemic. It helped them take their mind off things while enjoying nature.

Their main place of refuge is Army base Fort Benning. Don has been hunting all over the world thanks to his military career, but he swears by Fort Benning as one of the best hunting grounds.

“I’ve never found a better place to hunt for wild hogs, whitetail deer, and turkeys.” Don continues, “And when it comes to whitetail deer in the south, Fort Benning is the best.”

They had a successful season at Fort Benning this past year, taking down a couple of hogs, and an eight-pointer. Elizabeth has gotten one or two eight-pointers every year for the past five years, but this season she shot her best yet: a 10 pointer.

When they got to the hunting grounds they split up: Don went left, Elizabeth went right. She picked out a trail, found a spot, and set up in a tree. After spending about an hour up there, a doe ran by, with a buck shortly in tow. The buck froze as it passed her, about thirty-yards away.

“My heart was beating so hard it was just amazing!” Elizabeth waited patiently for her opportunity, “I knew it was a neck shot or nothing.”

The buck slowly turned its head, giving Elizabeth a clean shot. She took aim with her .243 and slowly pulled the trigger: BOOM.