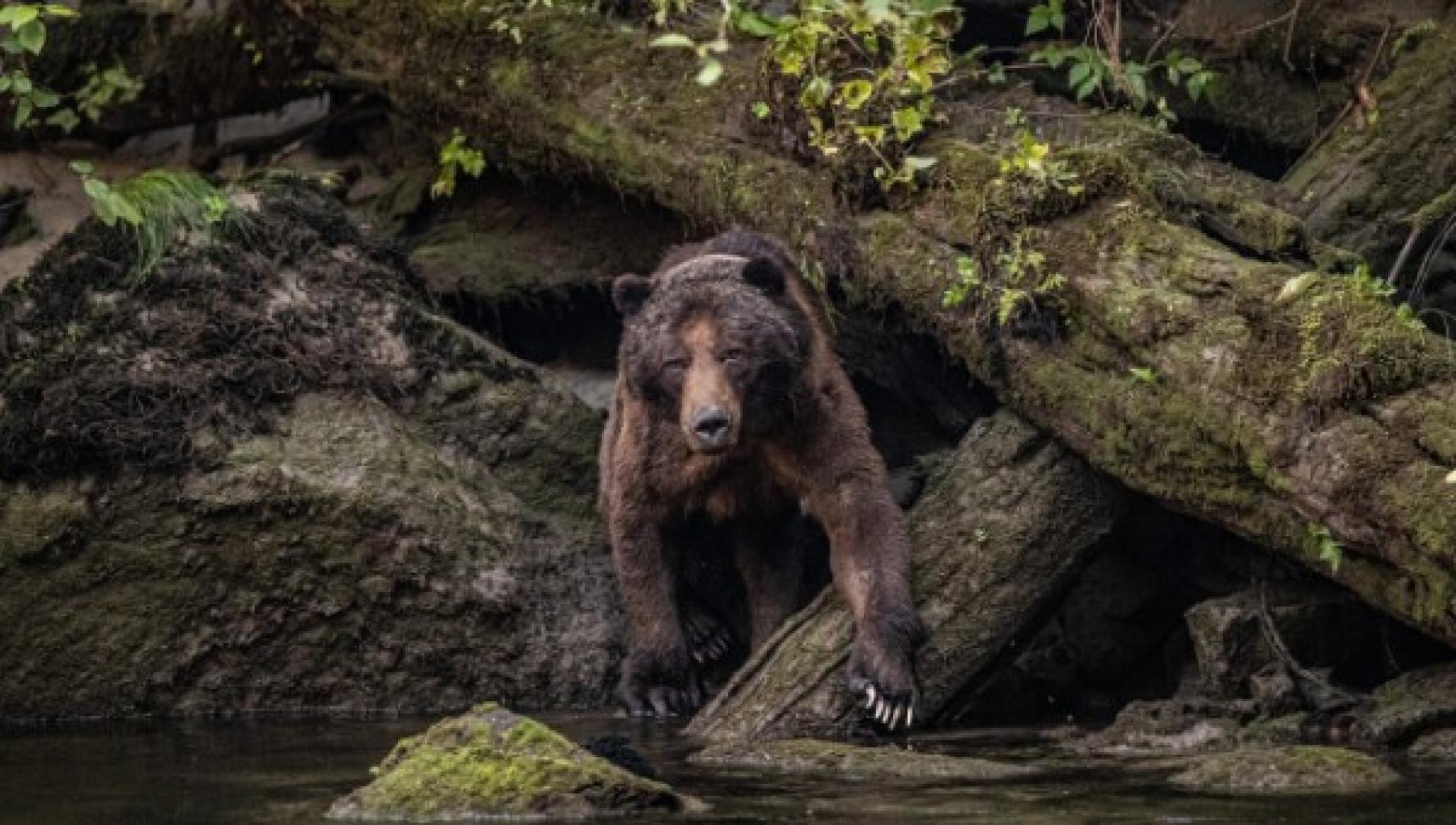 As the most recent news hits headlines it continues to draw attention to a harrowing topic seen all too frequently in outdoor news circuits so far this year: another bear attack, another call to the importance of bear awareness and safety. There have been eight reported bear attacks in 2021, two resulting in fatalities. Of those attacks, two of them have occurred in Colorado, two occurred in the Greater Yellowstone Ecosystem, which consists of Wyoming, Montana, and Idaho, one in California and the other three in Alaska. While all these areas have a long history of being bear country, there is still one pressing question: are we seeing an influx, or a normal amount of bear attacks this year?

The first bear attack of the year occurred on Apr. 15, in West Yellowstone Montana. Charles “Carl” Mock “was killed after being mauled by a 400-plus pound male grizzly while fishing alone at a favorite spot on Montana’s Madison River,” the Associated Press (AP) reported.

Mock was a full-time resident of West Yellowstone, and a backcountry guide himself. It is speculated that the grizzly who attacked Mock did so to protect a moose carcass, a common reactive response for bears. Bear mace residue was found on Mock’s clothing, suggesting he did try to deter the attack. He was also known to carry a pistol, but unfortunately was not the day of the incident according to two friends. The bear in question was shot by game wardens after it charged their seven men group in search for the bear the next day. Mock was discovered after he made a 911 call, according to a statement made by his father Chuck Mock to the Billings Gazette, in one hand was a can of bear spray—the other hand was gone. Mock succumbed to his injuries on Apr. 17. The last fatality around the West Yellowstone town that could be recalled by locals was in 1983.

While we anticipate bear attacks happening on or near camping or fishing areas where bears would naturally search for food, it is always more surprising when they happen in our own backyard. In La Plata County, Colorado the body of Laney Malavolta was discovered near her home by her boyfriend on Apr. 30, when he noticed her missing from their home after walking her dogs. According to the Associated Press, a specialized dog team was able to track down a 10-year-old female black bear and her two yearlings near Malavolta’s home. Upon pathologist necropsy, the remains of Malavolta were found in two of the three bears’ stomachs. All three bears were euthanized. La Plata County coroner Jann Smith performed the autopsy which identified Malavolta.

“They grabbed her by the neck,” Smith told the Durango Herald, “It was extensive damage.”

Malavolta’s death was the fourth recorded bear fatality in Colorado history according to Colorado Parks and Wildlife (CPW). The most recent being in 2009 when a 74-year-old woman was killed and partially eaten. CPW reports indicate the 74-year-old victim had been illegally feeding bears through a fence in her yard.

On May 30, in Steamboat Springs, Colorado a homeowner noticed the door to his garage was ajar. As he went to close the door, he discovered a sow and two cubs taking advantage of his stockpile of birdseed. Though the homeowner tried to safely back away from the bears, it was already too late. The victim survived their injuries, though severe lacerations on the man’s head and legs required surgery according to a CPW press release. The sow was found by wildlife officials and euthanized, and while the cubs are yet to be found, when captured they will be sent to a rehabilitation center.

Bears are making home visits in other states as well. On Jun. 24, in Myers, California a man was apprehended by a bear inside his home. The Californian was inside his home when a bear broke in, according to a statement made by El Dorado County officials. The man survived, shooting the bear out of self-defense. The bear fled upon injury and was discovered later by the California Fish and Wildlife department the following day and euthanized. Despite the grizzly being the emblem on the California state flag, the last known grizzly in the region was shot in the 1920s. So, while black bears are said to be less brazen around humans, this one obviously wasn’t. Thankfully, the man survived.

Aside from being attacked in your own home, being attacked while on the job is a possibility for some as well. On May 20, Alaskan Allen Minish, 61, was out surveying land for real estate in the Alaskan backcountry near Gulkana when he spotted a brown bear about 30 feet away, according to the Associated Press. After startling the bear Minish tried to narrowly escape the attack by dodging through small spruce trees to no avail. When that failed, Minish branded his surveying pole in the bear’s direction, and when the bear swiped that from his grasp he resorted to his bare hands.

“As he lunged up on top of me, I grabbed his lower jaw to pull him away,” Minish told the AP, explaining the puncture wound in his hand, “But he tossed me aside there, grabbed a quarter of my face.”

After the gruesome ten-second encounter, Minish thankfully had cell service and was able to call 911. Help arrived 59 minutes after the call when Minish was able to give dispatch the exact GPS coordinate from his unit. During recovery, Minish shared that he had a gun in his vehicle but, “it wouldn’t have mattered” the bear had moved too fast for it to have been of any use. Minish says he can now add his name to a list of six people he knows personally who have been mauled by bears in Alaska.

On May 28 the first attack inside of Yellowstone National Park (YNP) occurred according to a YNP press release. The 39-year-old male was hiking alone on Beaver Ponds Trail when he encountered what he believed to be two grizzly bears. One bear made contact with the hiker, who survived the significant injuries to his lower extremities but was able to hike out on his own.

The last bear attack in YNP was in 2020 when a solo female hiker was knocked down by a grizzly and miraculously only sustained a scratch to her thigh. There was also only one attack in 2019 at YNP when a black bear bit into an occupied tent. The victim of the 2019 attack was also amazingly lucky, sustaining only bruising to her leg from the bite thanks to the thick tent and sleeping bag material.

Camping elsewhere in Alaska on Jun. 12, two unidentified victims in Kenai National Wildlife Refuge were attacked by a bear while sleeping in their tent according to Newsweek. After the attack, the pair were in good enough condition to load gear into a kayak and evacuate the campsite. No news has yet to be released about the severity of the injuries sustained. According to Anchorage Daily News, the couple had a bear horn and bear spray but were unable to use either during the attack. The kayak escape took up to two hours and was most likely a tactic used by the pair to find better cell service to call for help.

Recently on Jun. 27 along Kenai River, a hiker was attacked by a brown bear after his dog chased after a sow and her two cubs according to ABC news. The male hiker survived his injuries; one bite to the arm and another to the shoulder. He had come prepared with bear spray but was not able to deploy it in time. The bears have not yet been located, and the 13-month-old border collie involved in the incident is still missing.

The United States Geological Survey (USGS) has compiled a comprehensive list of bear fatalities that have occurred in the Greater Yellowstone Ecosystem. It consists of 17 fatalities spanning back to 1892. Good news: none of the attacks this year show a major change in bear behavior. People have– unfortunately– been dragged out of their tents by bears before, have had bears enter their home in search of food, or have had an unfortunate run-in with a bear while hiking. Bad news: a national database of bear attacks that do not result in a fatality does not exist outside of national parks such as Yellowstone and Kenai, so it is hard to say if the number of attacks is more or less than expected.

Because of the increase of newfound outdoor enthusiasts brought on by the COVID-19 pandemic, coupled with the successful roll-out of the vaccine, it is possible that there are more people outdoors this summer than ever before. This does not necessarily equate to greater risks or lead to more likely bear attacks. Like all data, it will, unfortunately, take a larger data set (consisting of multiple years) in order to identify a spike. In the meantime, bear safety and awareness remain undisputedly important. Check out a guide to bear safety and bear recognition here.